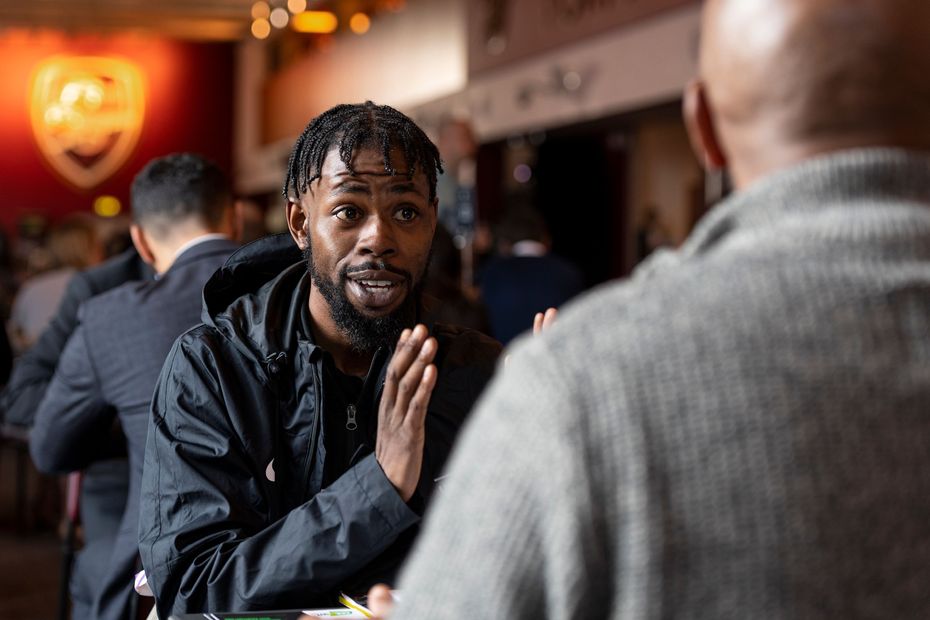 Over 350 delegates and 90 experts from across the football industry came together for Kick It Out's Raise Your Game conference at Arsenal's Emirates Stadium on Monday.

From young people keen to learn more about working in football, to those looking to forge a career in the industry, the conference provides the opportunity to receive one-to-one mentoring and guidance from professionals working in the game.

Bespoke workshops and panel discussions also involved leading figures from football, with Bill Bush, Executive Director of the Premier League, using his opening remarks to outline the Premier League’s commitment to increasing diversity in the workforce as well as tackling recent incidents within the game.

"It's really important that when people look at the Premier League, they know they are welcome"

"Racism in the stadium is totally unacceptable," said Bush. "We work very hard to identify those people, to gather the evidence to take formal action against them.

"But we want to do more than that. We want to educate. If we can persuade people not to behave like idiots, then that is a much better way than sanctioning them after the offence."

He has seen Raise Your Game grow year on year thanks to the work of Kick It Out and the support of the Premier League to encourage more young people and those from underrepresented groups to find a way into the industry.

"This room was half-full the first year," Lewis said. "Now it’s not just full of people wanting to get into the game, but also with people in the industry who are desperate to help.

"When I started 20 years ago, nothing like this existed. If you wanted to be a part of the game, it was near impossible. Now, the industry wants you.

"The football family is opening its doors to all who want to be a part of it.

"It’s far more inclusive than it has ever been and what a wonderful message to have from Bill, to show right from the top - the very top - that the football family is inclusive."

"The football family is inclusive" @MirrorDarren on how @kickitout's #RYG19 offers opportunities for people who aspire to work across the football industry #KickItOut25 pic.twitter.com/nV2Mvmg4dY

Troy Townsend, Head of Development at Kick It Out, was a delegate nine years ago, is proud of how the conference has grown since its inception.

"I always thought it could be so much bigger if I ever got the opportunity to work on it myself," he said. "A year later, I did.

"The Premier League have been very supportive over the last few years, helping us grow the event."

That has included representatives from clubs in all areas: coaching, administration and community foundations.

"We need to keep going, helping underrepresented groups and young people find opportunities within the game," Townsend says. "We don’t want football to be a closed shop."