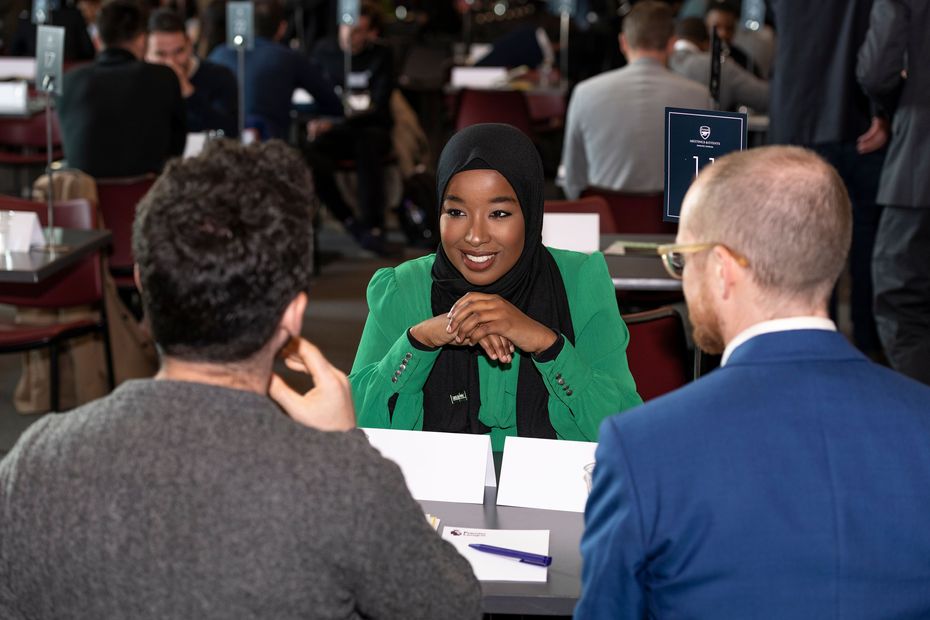 Fadumo Olow, co-founder of 'I Think She's Offside' podcast, on impact of Kick It Out and Premier League event

Last year, Fadumo Olow had a full-time job as a youth worker but had dreams of getting into sports media.

Her decision to sign up for Women's Raise Your Game, organised and delivered by Kick It Out, helped to give her the confidence to make her first steps towards her dream.

"To be honest, it was a last-minute decision to sign up last year," she says. "I didn’t really know what to expect.

"Ultimately though, sports media is something I want to transition to and Raise Your Game is where it all started for me.”

With her friend, Lipa Nessa, the contacts were established to set them on their way.

"Lipa and I have been able to get to know quite a few people through Kick It Out and the conference," Olow says. "It was the stepping stone to some of the work I’ve done since.

"I went looking for an opportunity for someone to give to me. One thing I learnt was that if you can’t find an opportunity, you need to create your own."

With Nessa, they launched a football podcast, "I Think She's Offside".

"I absolutely love what I do and making sport a big part it," says Olow. "Using sport as a tool to engage young people, to build their confidence and expose them to opportunities can take them away from problems they may be experiencing in life.

"That’s why we launched the podcast, discussing underrepresented stories in the community with a focus on women’s football and women’s sport."

In the space of a year, Olow has gone from someone looking to make her way, to helping others find similar paths in sport.

She was a panel member at this year’s Raise Your Game, speaking to delegates and mentees about her experience over the past 12 months.

The event at Emirates Stadium, was the ninth organised by Kick It Out and was funded by the Premier League.

It provided more than 350 young people with the opportunity to network with and receive one-to-one careers advice from 90 professionals from areas of the sports industry.

"The young people here need a pathway and opportunities," says Olow. "Kick It Out and the Premier League are providing that through Raise Your Game."