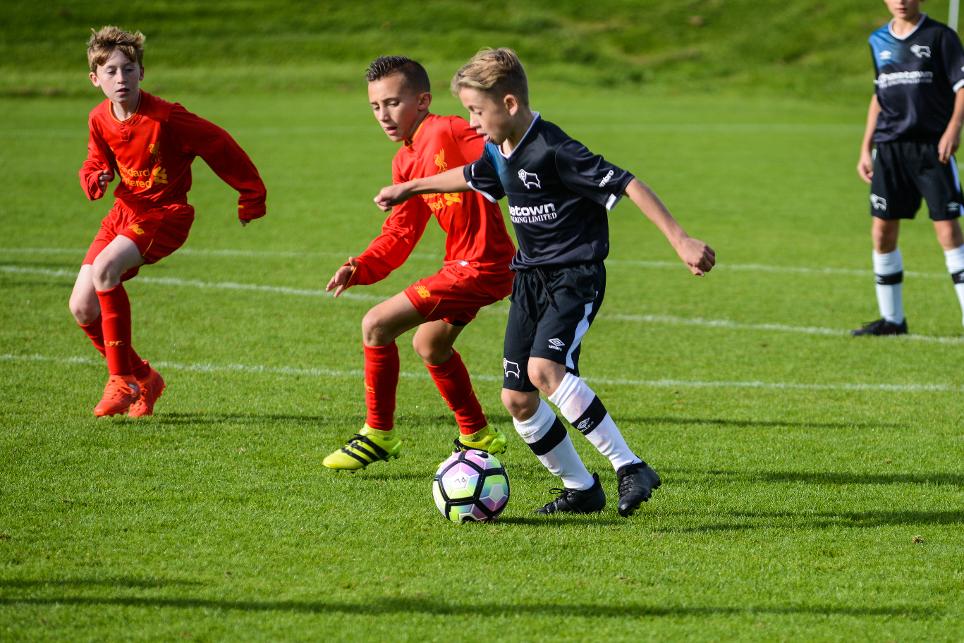 The Premier League's 'In and Out of Balance' tournament stretched the psychological abilities of the Under-11s from the clubs who took part, writes Jonty Colman.

The players from Derby County, Stoke City, West Bromwich Albion, Manchester United and Liverpool had to cope with various scenarios, starting at 7 v 7, then moving to 5 v 7 and to 7 v 5 over the course of matches to see how they coped with differing tactical needs and whether they could cope with 'game-management'.

But for the clubs who attended the tournament at Derby County's training ground, that was not the only new scenario that the Under-11 players had to face as coaches looked to develop their young charges.

Nick Marshall, Liverpool's head of academy operations, took the chance to give his players the chance to experience freedom away from their parents.

An interesting aspect of the PL tournaments that took place around the country late last month was that the players' parents were not allowed at the ground to watch.

"When their parents are not around they feel a bit more relaxed," Marshall said about his team.

Having parents there at times will help the players' development but they can also sometimes be a hindrance. "You've got times where parents on the sidelines are shouting stuff and players have to deal with that," Marshall said, believing the event at Derby County's Moor Farm training ground was "a nice change".

The matches lasted 18 minutes long with three six-minute phases in each one. The first phase consisted of a standard 7-a-side match; then one team played 7 v 5; and the final third switched to 5 v 7. If the outnumbered team scored, the goal classed as double.

Another key premise of this format was for players to take ownership of both the match and how it was managed. This was exemplified in Liverpool's final match against West Bromwich Albion, where for the last phase of the encounter, Marshall let his substitutes take control of managerial matters.

"Part of their development is trying to understand themselves rather than relying on the coach," Marshall said. "A big part of their player reviews is led by them."

The head of academy operations used this method as it kept the whole team engaged but, at the same time, stopped players from becoming easily distracted.

"We did it for five minutes and it's right at the very end because it was the first time we’d won the 7 v 5," he said. "I also noticed that throughout the day, the subs had been less focused on the games and more chatting among themselves. So this was also a way of maintaining their focus."

See: 'This helps to create ownership among themselves'