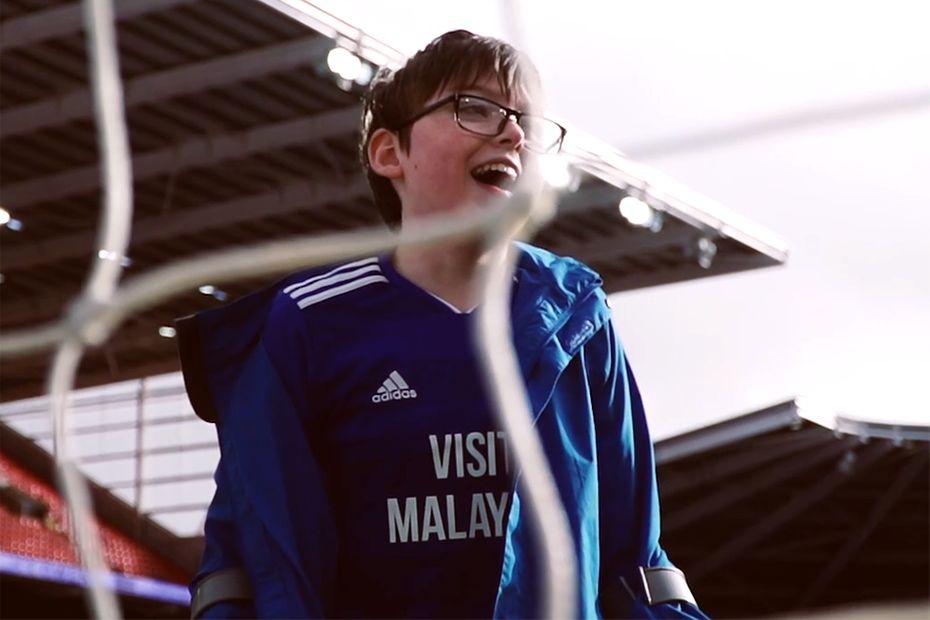 When Jordi Blake's mother learnt in 2008 that her 21-month-old son had cerebral palsy, she feared as to what his future would hold.

"A few months after he was diagnosed I was driving to work," Natalie Grice says. "I stopped at traffic lights and saw three students, and all of a sudden I just dissolved into tears because I thought, 'Is Jordi ever going to be able to do any of this?' "

Jordi’s condition affects his legs and ability to walk, but for the last seven years disability sessions run by the Cardiff City FC Foundation have helped to keep him active and broaden his ambitions.

"The Bluebirds Ability sessions have made such an enormous difference to Jordi’s life," says Natalie. "It was his gateway into sport, activity and confidence.

"It means so much to him. It’s been a successful and confidence-giving experience for him, which he then thinks he can replicate in other areas of his life."

In November, Jordi was a mascot when Cardiff hosted Brighton & Hove Albion in November.

"He said to me the night before, 'Mum, this is like Christmas Eve,' " says Natalie. "And on the day he said, 'It’s the best day of my life.'

"It would be so easy to be negative in his situation but he’s relentlessly positive and optimistic.

"I really hope he's going to continue to achieve the level that he has, because he can be a superstar."