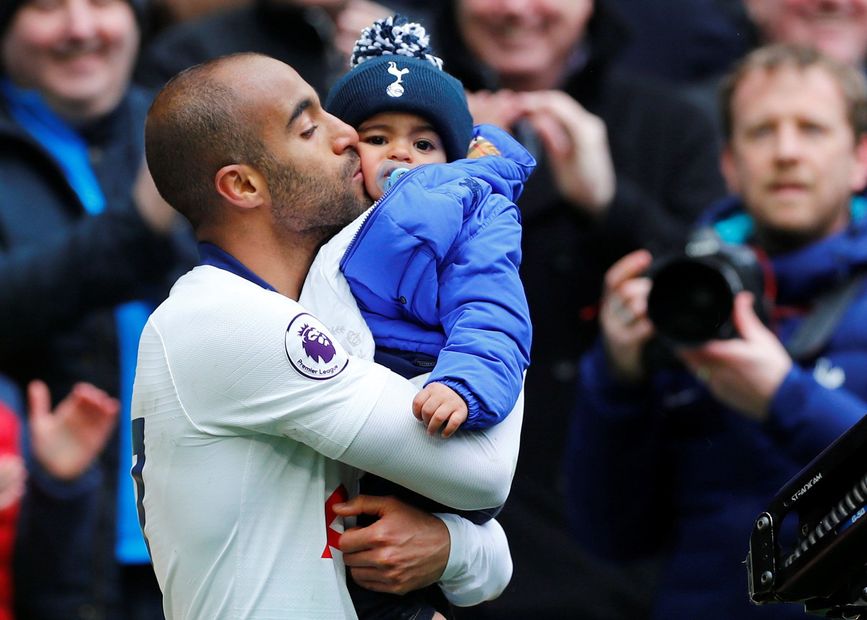 Lucas Moura scored his first hat-trick for Tottenham Hotspur as they claimed a 4-0 win over Huddersfield Town to go third in the table.

Victor Wanyama scored his first of the season on 24 minutes after rounding Ben Hamer.

Lucas doubled Spurs’ advantage by powering in Moussa Sissoko’s pass from the right.

After Huddersfield had briefly threatened late on, with Juninho Bacuna's free-kick hitting the woodwork, Lucas struck twice in the final five minutes.

He first skilfully converted Christian Eriksen’s cross before finishing off substitute Son Heung-min’s through-ball, celebrating after the match with his one-year-old son.

Spurs move up to third in the Premier League table with 67 points, ahead of their top-four rivals playing their matches.