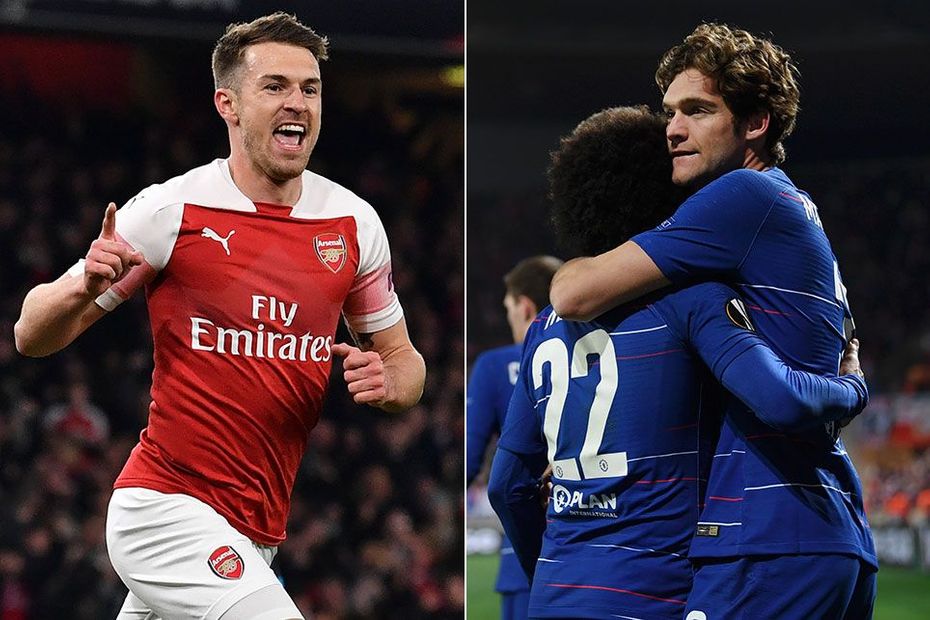 Arsenal and Chelsea gave their UEFA Europa League prospects a boost by earning victories in their quarter-final first legs.

The Gunners gave a strong performance at Emirates Stadium where they produced a 2-0 win over Serie A side Napoli.

Aaron Ramsey completed a sweeping move with a 15th-minute opening goal and Kalidou Koulibaly misdirected Lucas Torreira’s strike past his own goalkeeper 10 minutes later to give Arsenal a healthy two-goal lead to take to Naples on 18 April.

Chelsea left it late to edge ahead in their away tie with Slavia Prague, but Marcos Alonso’s stooping header from Willian's cross four minutes from time gave them a 1-0 advantage to defend at Stamford Bridge next Thursday.

Before then Maurizio Sarri's side resume their race for a top-four finish in the Premier League at leaders Liverpool on Sunday, while Arsenal travel to Watford on Monday night.