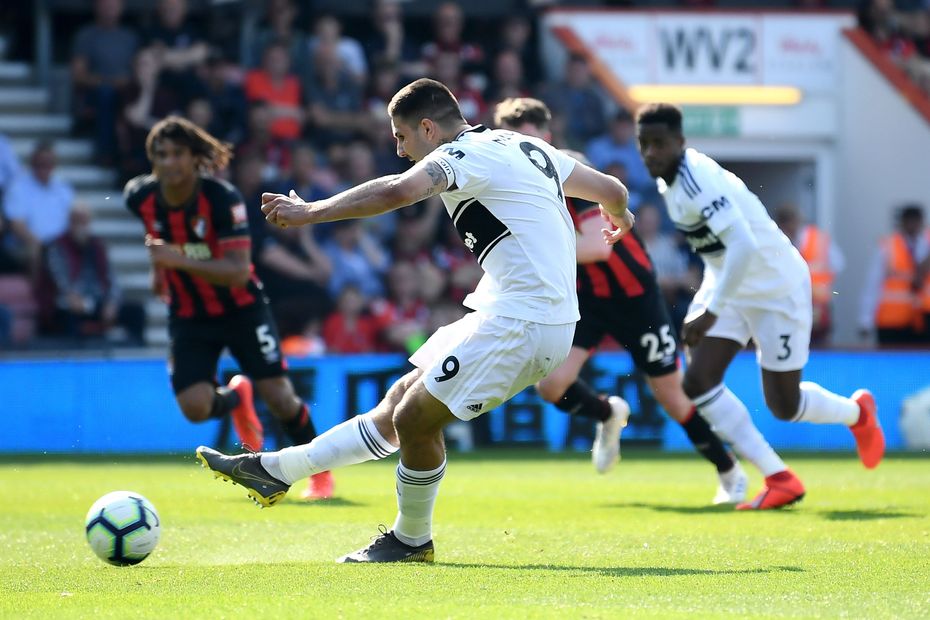 A second-half penalty from Aleksandar Mitrovic earned Fulham a second successive Premier League victory and a first away win of the season as they beat AFC Bournemouth 1-0.

AFC Bournemouth were the better side during a goalless first half.

But eight minutes into the second half, Cherries substitute Jack Simpson fouled Mitrovic in the area and the forward slotted in his first goal in nine matches.

David Brooks had the Cherries' best chance but could not convert as Fulham held on for their first consecutive PL wins since April 2014.

AFC Bournemouth are 13th on 41 points.