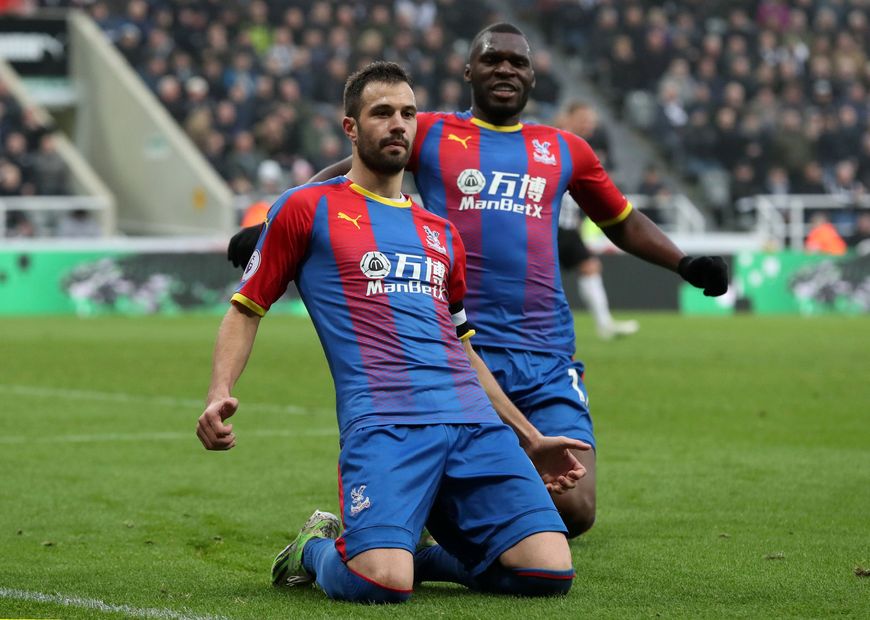 A 10th successful penalty of the season earned Luka Milivojevic (£6.4m) a place in the Fantasy Premier League Dream Team for Gameweek 33.

The Crystal Palace midfielder struck the winner in a 1-0 victory at Newcastle United on Saturday.

It took Milivojevic to 11 goals for the campaign, his best tally in three seasons as a Palace player.

His fourth appearance in the Dream Team comes as part of a high-scoring midfield five.

Also the highest-scoring goalkeeper in Gameweek 32, the Spaniard made five saves and earned maximum bonus points in the Eagles' victory at Newcastle.

The veteran centre-back was a late replacement for his Everton team-mate Michael Keane (£4.8m) against Arsenal and promptly stole the show with a goal, clean sheet and three bonus points.

The full-back was another to impress against the Gunners. Digne has now produced returns for six straight Gameweeks, with five clean sheets and an assist.

The Chelsea defender kept his 12th clean sheet of the campaign in Monday night's 2-0 win over West Ham United. He was also awarded bonus points for the first time since Gameweek 20.

The Gameweek's joint-top scorer, Hazard hit both goals in an inspirational display against the Hammers. He now has eight Dream Team appearances to his name this season, two more than any other player.

The Burnley midfielder recorded his first double-digit haul of the campaign courtesy of a goal, assist and maximum bonus points in the 3-1 win at AFC Bournemouth. Westwood has produced attacking returns in three of the last five Gameweeks.

The Liverpool skipper packed a lot into his 31-minute substitute appearance at Southampton, scoring one goal and setting up another in the 3-1 win.

After three goals in four Gameweeks, the Palace star is now second for value among FPL midfielders, with 23.1 points per million (ppm).

Henderson's team-mate made the most of his first start since Gameweek 26. Keita's equaliser at St Mary's Stadium was his first ever Premier League goal.

The Leicester City striker is a man transformed under Brendan Rodgers. His two goals and an assist in the 4-1 win at Huddersfield Town secured Vardy a second 16-point haul in four Gameweeks.

The Burnley forward ended a five-match scoring drought with a goal at AFC Bournemouth. Wood also provided an assist to record his second double-figure tally of the season.