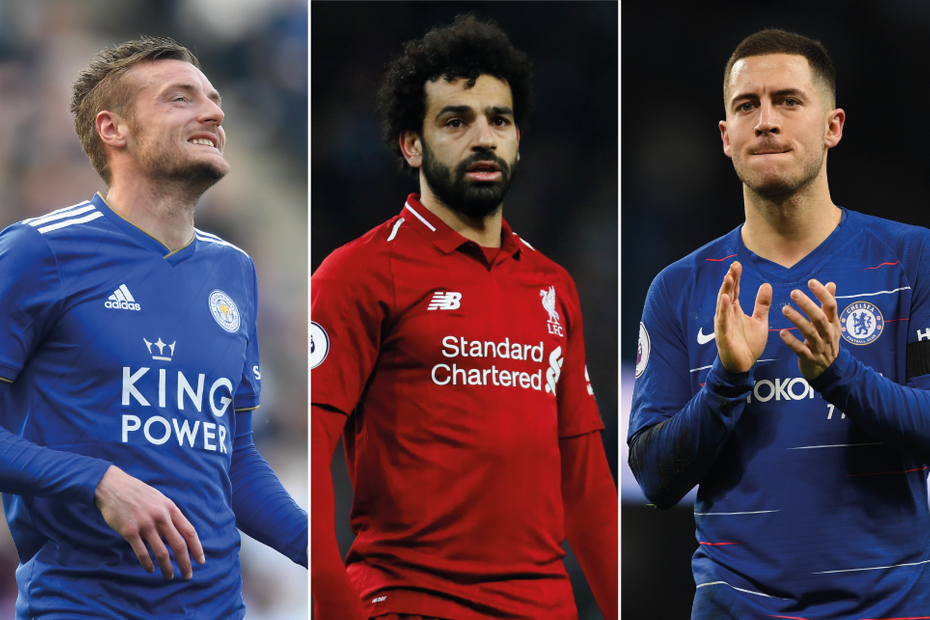 Vardy, Salah and Hazard are among the most sold players in FPL despite recent goals

He has six goals, two assists and 48 points in his five matches under new Foxes manager Brendan Rodgers.

But Vardy has been a big casualty as managers start to prepare for Double Gameweek 35.

Leicester are one of 12 teams without a Double Gameweek 35 and have only five matches in the final five Gameweeks.

That has led to 32,000+ sales of Vardy for his Gameweek 34 home match with Newcastle United.

There have also been big sales of non-Double Gameweek 35 midfielders.

Premium pair Eden Hazard (£11.1m) and Mohamed Salah (£13.2m) are the two most transferred out players in the Gameweek.

But both have the explosive potential to outscore players with two fixtures in Double Gameweek 35.

Salah, meanwhile, remains the top-scoring player in FPL and has seven sets of 10+ points returns.

Crucially, along with Vardy, they have favourable matches in Gameweek 35 to get more big hauls.

Hazard is at home to Burnley, while Salah travels to Cardiff City and Vardy visits West Ham.

More than 59,000 managers have already played their Wildcard in Gameweek 34 as they look to take advantage of the extra matches to come.

But managers should beware overlooking in-form players who do not have a Double Gameweek. It is essential to strike a balance between the players in form and those with more fixtures.

Holly Shand (@FFCommunity_): I'll be going without Chelsea players on my Wildcard due to their lack of "Doubles" and I'm tempted to avoid Liverpool, too. Salah costs too much and is at home to Chelsea in GW34. I'm holding Andrew Robertson (£6.8m) and will bring back a Liverpool midfielder after the Doubles.

Ash (@FPLHints): With an assist and a goal in his last two games it seems that Salah's form has come back just at the right time. He will be integral for Liverpool's run-in. Without a doubt he is the most important non-Double Gameweek player as Liverpool push for the title.

Lee (@FPLFamily): It's certainly wise not to overlook the single Gameweek players. Liverpool, in particular, need to keep that winning feeling going against Cardiff in GW35 and after scoring his 50th PL goal for the Reds, Salah could be set for a run of form to justify his hefty price tag.

WGTA (@WGTA_FPL): I'll be retaining two Liverpool players, Robertson and Mane, away to Cardiff in GW35. They also have a very kind home match against Huddersfield Town in GW36.