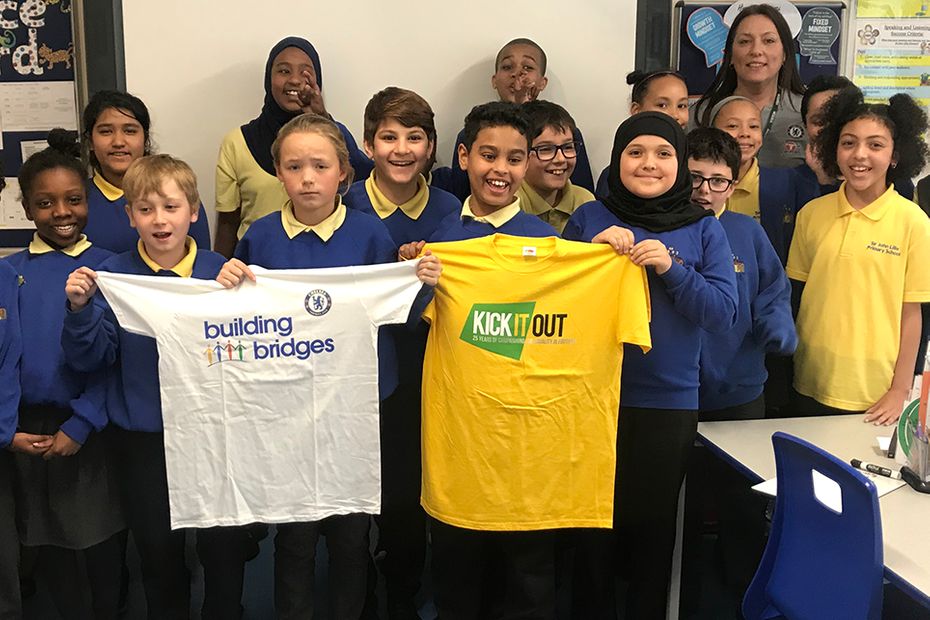 Foundation workshop leads up to Game for Equality External Link

Chelsea's Monday night match with West Ham United will be the Blues' annual Game for Equality, celebrating the club's equality and diversity work.

It will also be the final match as part of the Premier League and clubs' No Room for Racism campaign, highlighting their commitment to using the power and popularity of the League to oppose racism in football.

In preparation for the West Ham match, Stamford Bridge hosted an inspiring evening last week, featuring untold stories of strength and survival amid the horror of the Holocaust.

Presented by the Chelsea Foundation and Imperial War Museums, the event, "Light from the Dark", was hosted by David Baddiel and featured testimony from Holocaust survivors and Chelsea chairman Bruce Buck.

Funds raised went to the building and redevelopment of the Imperial War Museums' new Second World War and Holocaust Galleries.

It formed part of Chelsea's "Say No To Antisemitism" programme, which was launched in January 2018 and is supported by the club's owner Roman Abramovich and aims to raise awareness of and educate our players, staff, fans and the wider community about antisemitism and its impact.

"We are very proud of the work we are doing, but it is important to know this isn't the only project we are involved in with respect to racism," said Buck.

"We are involved in many projects relating to all kinds of discrimination and we will continue to do that."

Since then, various activities have taken place including Holocaust survivor Harry Spiro meeting the men's first team, and fans and staff visiting former concentration camp Auschwitz, while the Foundation continues to educate the next generation via workshops on the subject in local schools.

In the summer, Chelsea will travel to the United States to play against New England Revolution as part of Say No To Antisemitism, with Roman Abramovich and Revolution owner Robert Kraft contributing $1million each to the campaign.