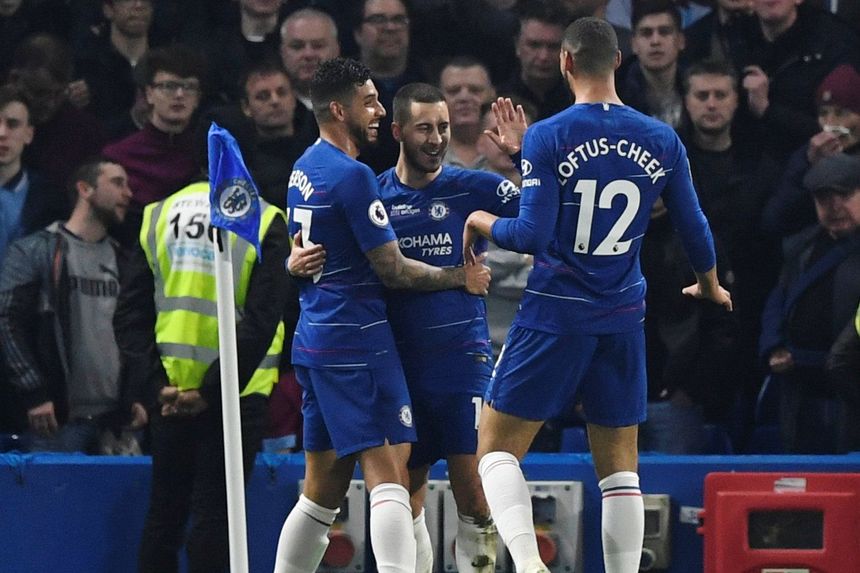 Eden Hazard scored both goals as Chelsea beat West Ham United 2-0 at Stamford Bridge to move up to third place in the table.

The hosts opened the scoring in the 24th minute when Hazard showed great skill to dance past three defenders at pace and send a low drive past Lukasz Fabianski.

Two minutes later Hazard teed up Gonzalo Higuain, only for the striker’s shot from a tight angle to ricochet off the post.

However, Hazard doubled Chelsea's lead on 90 minutes with a clinical 16th goal of the season, giving Chelsea a third successive victory to take them above Tottenham Hotspur and Arsenal on 66 points.