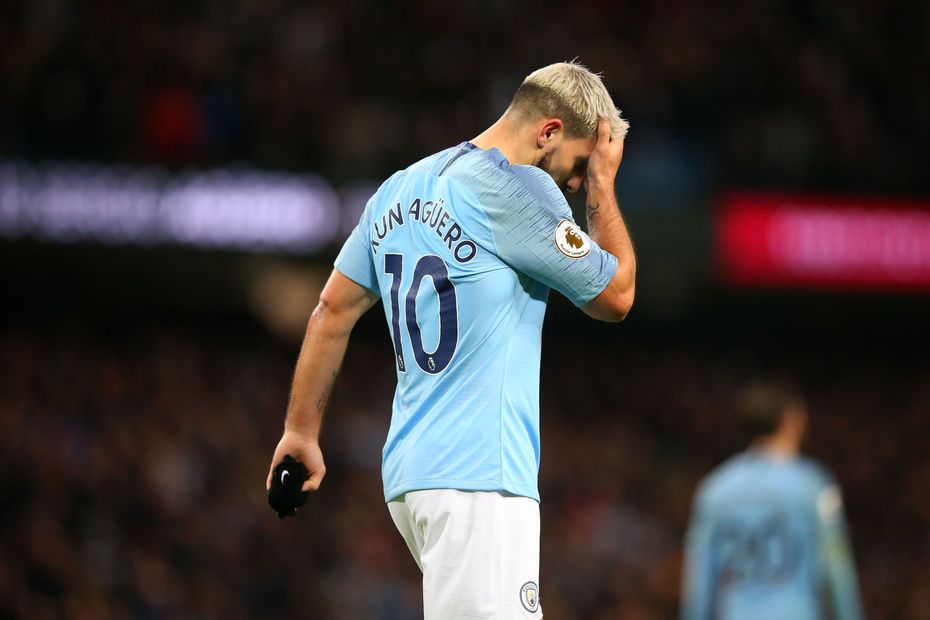 Manchester City can return to the top of the Premier League with a win over Cardiff City at the Etihad Stadium on Wednesday night, but will have to manage without Sergio Aguero.

Aguero scored his league-leading 19th goal of the season in City's 2-0 win at Fulham on Saturday, but went off early in the second half with a muscle injury.

"Maybe Saturday [against Brighton & Hove Albion in the FA Cup] but we will see in the next days."

In the four matches Aguero has missed this season through injury, City have won three, scoring eight times, and lost once, 2-0 to Chelsea.

Aguero's absence will be felt outside Manchester, too.

It will give his rivals for the Golden Boot a chance to catch up as well as affecting the plans of millions of Fantasy Premier League managers.

With City in FA Cup semi-final action on Saturday, the earliest Aguero will return to the Premier League stage is Sunday 14 April, at Crystal Palace.

Before then Pierre-Emerick Aubameyang, Harry Kane, Sadio Mane and Mohamed Salah, who all have 17 goals, will have played a match and could catch or even overhaul Aguero.

In Fantasy, Aguero's injury will be a source of frustration for the 1.3million managers who captained him. They and the 310,715 who triple-captained the Argentinian will have to settle for a 10-point return from Double Gameweek 32.