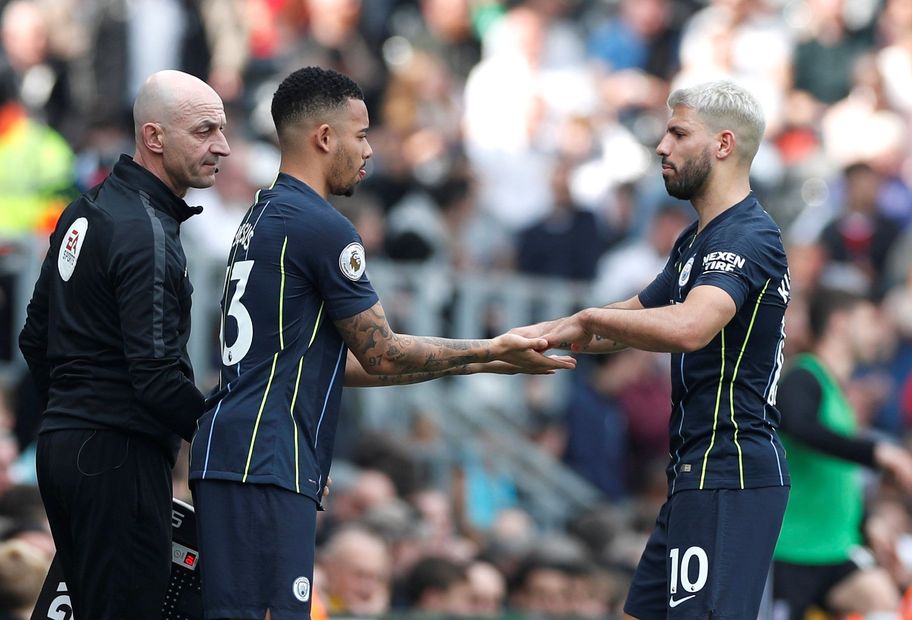 Managers in Fantasy Premier League have been quick to ditch Sergio Aguero (£11.9m) after the Manchester City striker was ruled out of Wednesday's match with Cardiff City.

Aguero was the top choice for captain with fixtures against Fulham and Cardiff in Gameweek 32.

Over 1.3million managers handed him the armband, with a massive 310,715 also playing their Triple Captain chip on him.

He rewarded them with 10 points after a goal and assist in the 2-0 win at Fulham on Saturday.

But the PL's top scorer has failed to recover from the knock that forced him off early at Craven Cottage.

This, added to City’s blank Gameweek 33, has made Aguero the most-sold player in the Gameweek so far, moved on by over 38,000 managers.

Pierre-Emerick Aubameyang (£10.8m) and Jamie Vardy (£9.0m) are currently the most popular replacements, with about 10,000 transfers in apiece.

But Fantasy managers who still own Aguero will be encouraged by Pep Guardiola's words indicating his striker could be fit for the FA Cup semi-final against Brighton & Hove Albion on Saturday.

Should he return to Premier League action for the trip to Crystal Palace in Gameweek 34, Aguero will be a huge target for managers with or without Wildcards.

Many are looking to play their Wildcards in Gameweek 34, preparing their squads for Double Gameweek 35.

City are one of eight teams to play twice that week, facing Tottenham Hotspur and Manchester United.

However, a longer spell on the sidelines for Aguero would raise the appeal of Raheem Sterling (£11.6m) as the go-to City man.

Sterling has averaged 7.2 points per match compared with Aguero's 6.5, yet the winger is owned by only 21.5 per cent of managers, almost half the ownership of his team-mate.