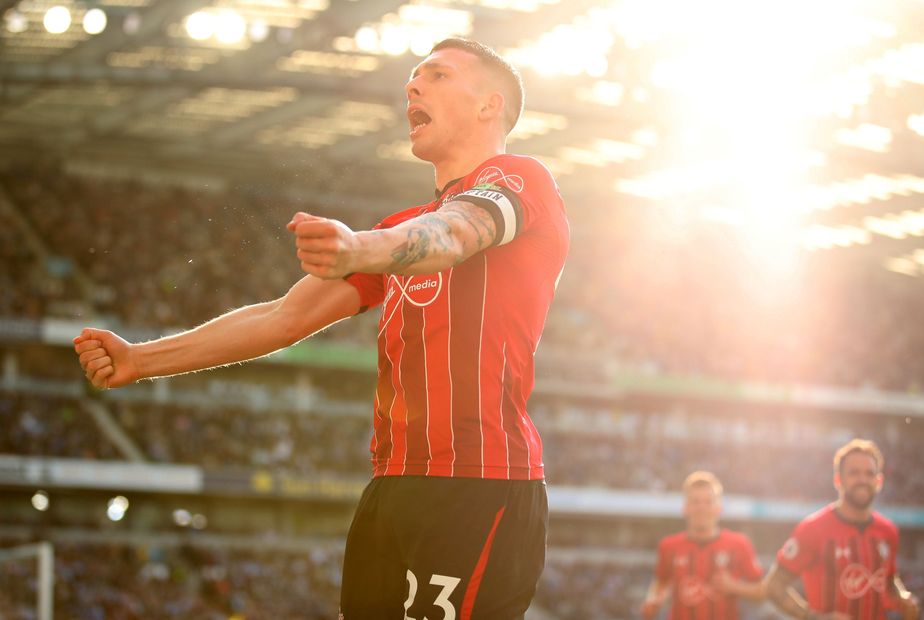 A host of budget players at one of the in-form teams have emerged as Fantasy Premier League managers target fresh options for the season finale.

Southampton have largely been overlooked this season but form and fixtures suggest their players could be worth picking for the run-in.

Ralph Hasenhuttl's side beat Brighton & Hove Albion 1-0 on Saturday for their third victory in their last four matches.

And the upcoming schedule is kind for Saints, who are 16th and have moved five points clear of the relegation zone.

They face Liverpool on Friday evening in one of only six matches to take place in Gameweek 33.

And looking further ahead, they are one of only two active Gameweek 33 teams to also play twice in Gameweek 35, along with Arsenal.

Not only do they avoid blank Gameweeks but Southampton's fixtures also look strong in the Fixture Difficulty Rankings (FDR).

Each of their final six opponents score three or lower.

Centre-back Jan Bednarek (£4.0m) is Southampton's most popular player in FPL. He sits in 6.7 per cent of squads.

But there are a number of in-form team-mates all owned by less than three per cent of managers.

Midfielder James Ward-Prowse (£5.1m) has scored in six of his last 10 Gameweek appearances.

Winger Nathan Redmond (£5.3m) has profited from a role up front, while Pierre-Emile Hojbjerg (£4.4m, pictured) scored their winning goal at the weekend.

Danny Ings (£5.4m) could be a big part of any Wildcard plans for Gameweek 34.

The loanee is ineligible to face parent club Liverpool but the fit-again striker is expected to return to the teamsheet from Gameweek 34 onwards.

At such a low cost in FPL, Southampton can offer standout value as they look to take advantage of the schedule and secure their Premier League safety.

Holly Shand (@FFCommunity_): Saints are high on my priority list. The defence is affordable, with Angus Gunn (£4.3m) and Maya Yoshida (£4.1m) also on my radar. I'm a big fan of Ward-Prowse and imagine I'll triple up on their players for my GW34 Wildcard. Brighton & Hove Albion are also of interest as they play twice in both Gameweek 34 and 35. Consider Mat Ryan (£4.4m), Lewis Dunk (£4.4m) and Shane Duffy (£4.7m).

Nick and Tom (@WGTA_FPL): Ward-Prowse and Valery are cornerstones of my Wildcard this week, as they play in a reduced Gameweek 33 and have a Double Gameweek 35. With added motivation to boot, they seem key budget-friendly enablers for the run-in.

Sam Bonfield (@FPLFamily): I'll be looking very closely at teams such as Brighton, Southampton and Burnley, who are battling for safety, as well as those chasing UEFA Europa League qualification like Wolverhampton Wanderers and Watford. Players like Ward-Prowse, Ashley Barnes (£5.7m) and James Maddison (£6.8m) could all be successful picks across the final few weeks of the season.

Paul Gee (FPLPaulGee): At this time of year it is always necessary to look at teams with lots to play for. Cardiff City, along with Burnley, Brighton and Southampton, could be a source of FPL points.