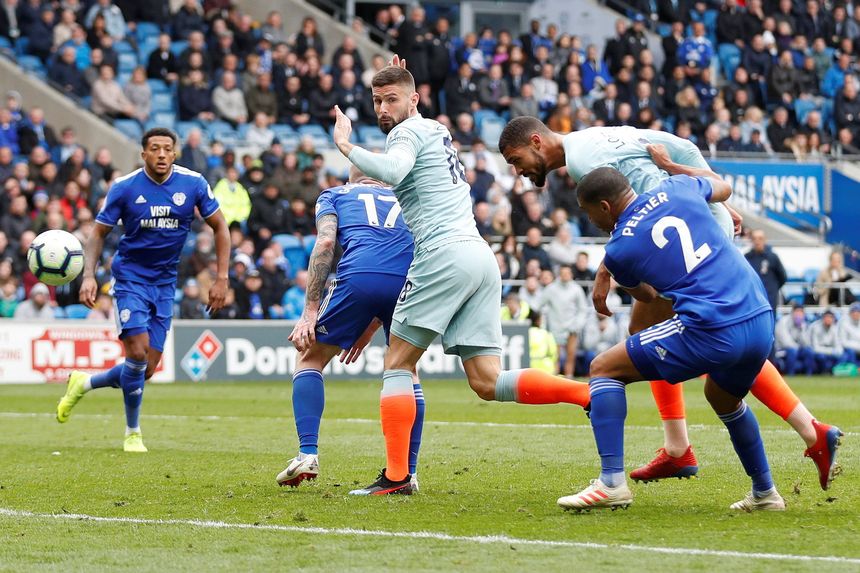 Report: Cardiff 1 Chelsea 2 External Link
Clubs show there is no room for racism

Victor Camarasa's classy second-half strike had looked set to secure a precious victory for Cardiff, before headers by Cesar Azpilicueta and Loftus-Cheek saved Maurizio Sarri's side.

In a goalless first-half, Pedro curled a shot over and Willian went close with a free-kick for Chelsea, while Josh Murphy flashed an angled shot narrowly wide at the other end.

A minute after half-time, Harry Arter crossed low and Camarasa calmly clipped in a first-time finish.

In the first minute of added time Loftus-Cheek appeared at the far post to plant a firm header of his own from Willian's centre past Neil Etheridge.

Chelsea stay sixth, but move level with Arsenal on 60 points.