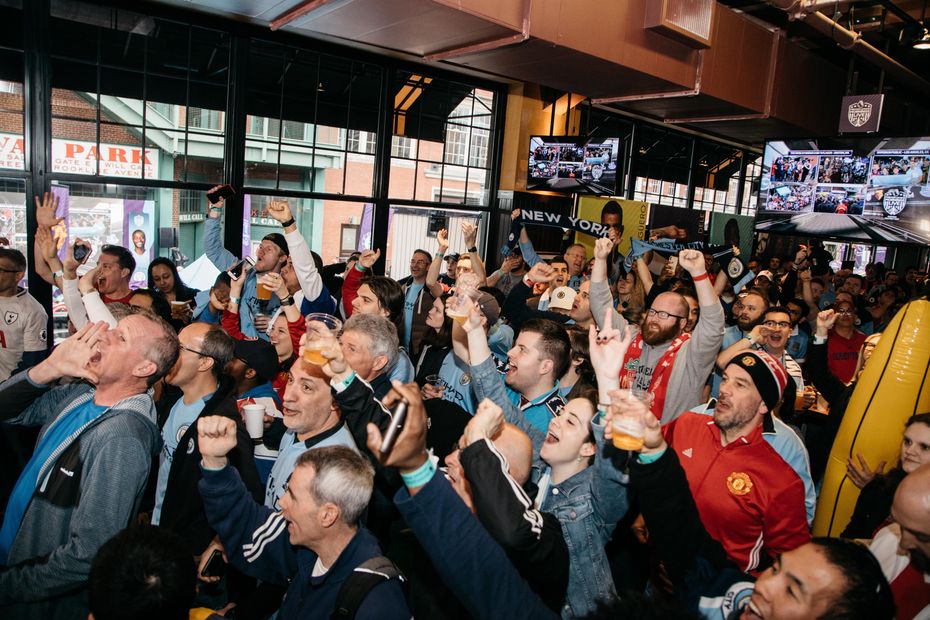 The third edition of the fan event was held in the shadow of Fenway Park at the Cask n' Flagon sports bar, while Lansdowne Street was made into a special outdoor viewing venue for fans, complete with Premier League-themed activities, events, merchandise giveaways and food.

We are absolutely loving the crowd at our Boston fan fest! #MyPLMorning pic.twitter.com/8s1NKtFkeJ

The day started at 7:30am ET with Manchester City fans amassing with those of Fulham to watch the early match between the two sides.

Man City fans had the privilege of watching the 2-0 victory that sent the champions back top with former player Shaun Wright-Phillips, who brought with him the Premier League Trophy and then tried to make a Sergio Aguero pancake.

Then the Reds of Manchester took over as fans of United celebrated a 2-1 victory for their new permanent manager, Ole Gunnar Solskjaer, over Watford.

Evertonians from Boston and beyond then enjoyed the day's late kick-off against West Ham United.

The 2-0 victory over the Hammers was made all the sweeter by the company of Everton legend Leon Osman, who had paid the local fan club a visit the night before.

But it wasn't just the action on the big screens that brought fans of all Premier League clubs to the event.

They also had the pleasure of seeing the NBC Sports’ Premier League Mornings studio team of host Rebecca Lowe and analysts Robbie Earle, Kyle Martino and Robbie Mustoe in person.

And NBC organised a dance-off by the club mascots who had popped over from the U.K. And Lowe got a big surprise at the end of the dance-off!

We have a mascot dance-off!

The venue will be welcoming more fans again on Sunday from 7:00am ET, with Cardiff City hosting Chelsea at 9:05am ET before Liverpool look to regain top spot in the table at home to Tottenham Hotspur.