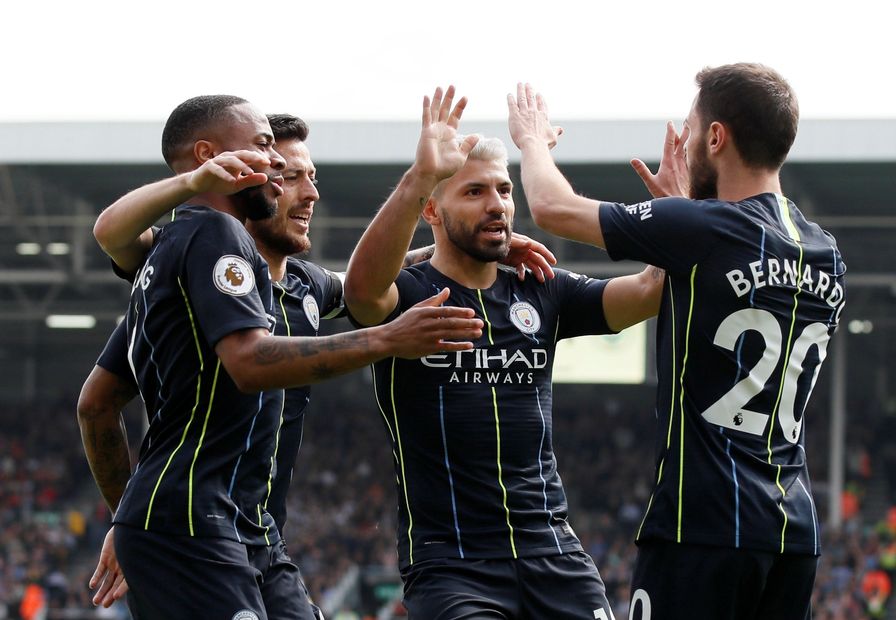 Guardiola: 'The players have amazed me again' External Link

First-half goals from Bernardo Silva and Sergio Aguero earned Manchester City a 2-0 win at Fulham to return them to the top of the Premier League.

The champions went ahead in the fifth minute at Craven Cottage. Silva was played in by Aguero and scored from the edge of the area.

City doubled their lead on 27 minutes. A misplaced pass from Joe Bryan fell to Silva. He fed Aguero, who lifted the ball over Sergio Rico for a league-leading 19th goal of the season.

Ederson denied Ryan Sessegnon as Fulham got behind City's defence for the first time.

After the break, Raheem Sterling's shot was kept out by Rico. The winger then set up Kyle Walker, but the full-back's effort hit the post.

The win takes City on to 77 points, one clear of Liverpool, who host Tottenham Hotspur on Sunday. Fulham stay 19th with 17 points, 16 short of safety.