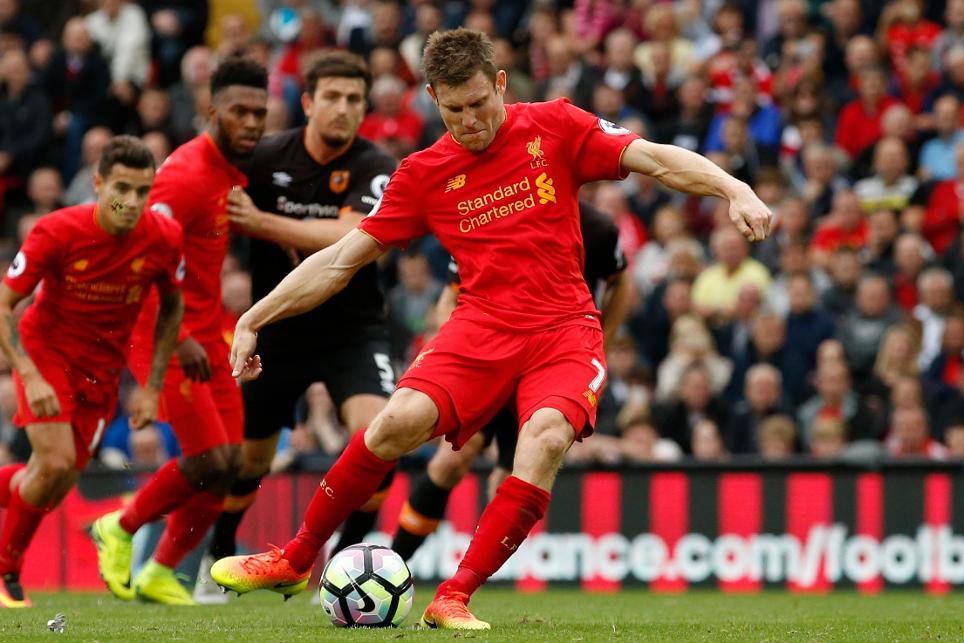 Klopp: Reds will keep sharing out the goals this term External Link

Son: "I want to do even better" External Link

The Gameweek 6 Dream Team has a familiar look to it.

A five-man midfield provides the backbone of the XI once more and, again, Liverpool are key contributors in the centre of the park.

The latter claims his place with a 14-point return in the 5-1 defeat of Hull City at Anfield, in spite of a new role at left-back in Klopp's line-up.

Milner's haul was largely down to a pair of converted penalties, though it is worth noting that he has received more passes (138) and touches (211) in the final third this season than any other full-back, underlining his attacking potential.

Coutinho and Lallana continue to stand out as FPL talents.

The Brazilian's sumptuous long-range strike against the Tigers marked his third goal of the season; only Zlatan Ibrahimovic (£11.5m) has fired in more attempts than Coutinho this season.

He has also struck goals on three occasions, with 10 of his 15 attempts this season arriving from inside the penalty area.

Son has netted four goals in the last three Gameweeks; only the aforementioned Ibrahimovic and West Ham United's Michail Antonio (£7.3m) have produced more than the South Korean’s 14 efforts over that period.

Sanchez has now scored three in his last two Premier League outings and only Sergio Aguero (£13.0m) has acquired more new FPL owners, both this week and in the last 24 hours.

The City striker features alongside Sanchez courtesy of his brace at Swansea City.

The Argentinian is averaging 4.8 goal attempts per match, with 4.0 of those from inside the box. That betters his averages from last season of 4.0 and 3.2 respectively.

Like Aguero, his underlying statistics show improvement from last season.

Burnley's clean sheet against Watford - a second shutout of the season for the Clarets - ensures that both Tom Heaton (£4.6m) and Michael Keane (£4.9m) earn Dream Team recognition in Gameweek 6.

Heaton earns his second call-up of the campaign and is back at the summit of the FPL goalkeeper rankings on 28 points, having made more saves than any other FPL shotstopper (27).

Meanwhile, assists and clean sheets for both Southampton's Ryan Bertrand (£5.4m) and Arsenal's Hector Bellerin (£6.5m) earned the pair a place in the three-man defence, as they make first Dream Team appearances of the season.