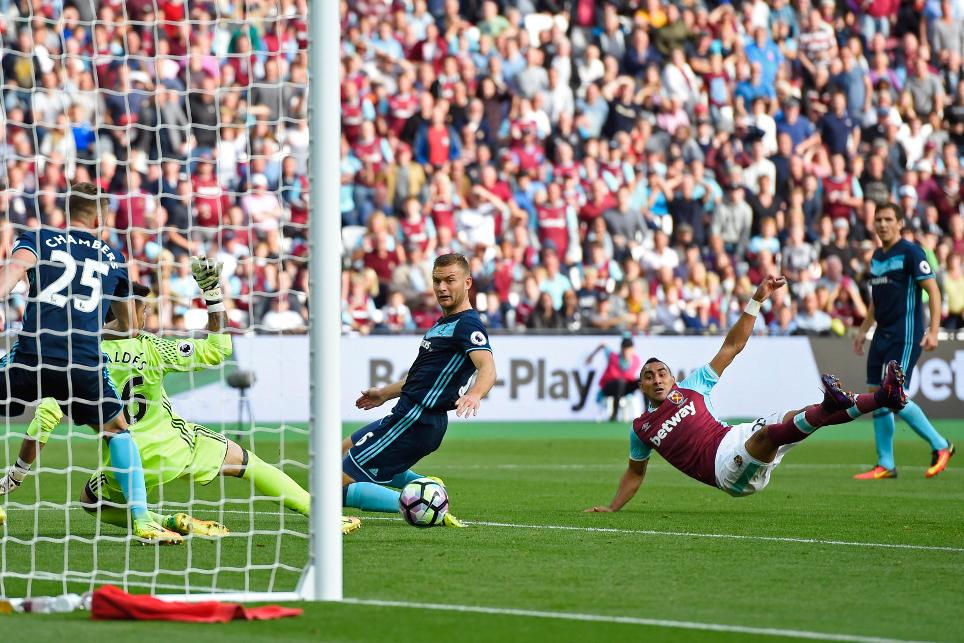 The heroics of Dimitri Payet helped West Ham United end a run of four successive defeats with a 1-1 draw against Middlesbrough.

Cristhian Stuani opened the scoring in the 51st minute, heading in Viktor Fischer's cross after Jordan Rhodes had been denied one-on-one by Adrian.

But after Mark Noble hit the crossbar in the first half, France winger Payet opened his account for the season with a stunning run and finish.

Payet picked the ball up 40 yards from goal and beat several players before slotting past Victor Valdes, giving Slaven Bilic's side their first point since beating AFC Bournemouth in Matchweek 2.