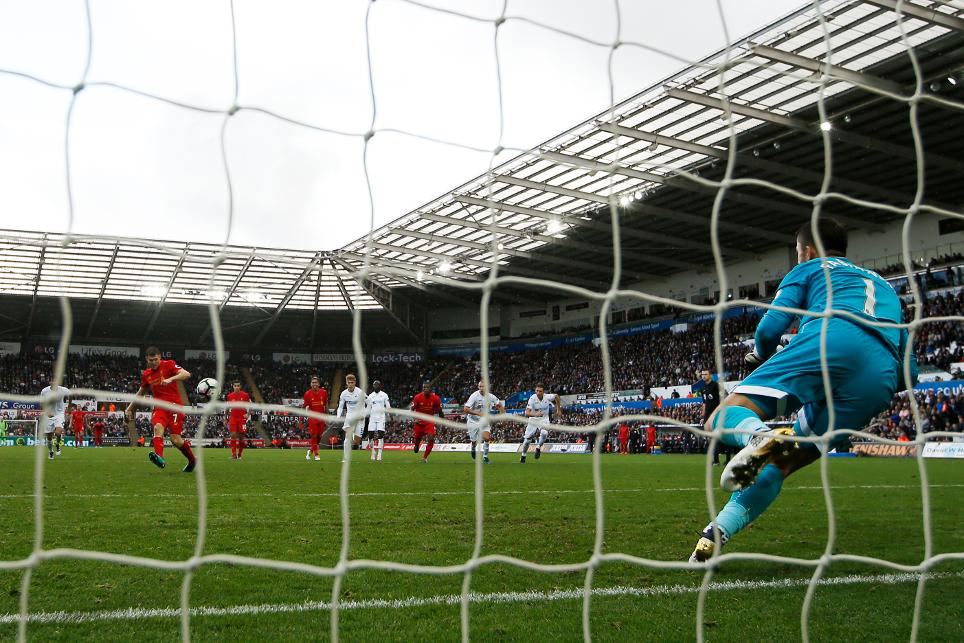 James Milner scored his fourth penalty of the 2016/17 Premier League season to give Liverpool a come-from-behind victory at Swansea City.

Milner kept his cool from the spot with six minutes to go after Roberto Firmino was fouled in the area by Angel Rangel as the Reds secured their fourth straight league victory.

Liverpool responded on 54 minutes, Firmino heading into the bottom corner from a lofted ball into the box from Jordan Henderson.

Philippe Coutinho's curling effort went just wide soon afterwards before Milner's late goal, which could have been cancelled out had Van der Hoorn converted a superb chance to seal a point in stoppage time.