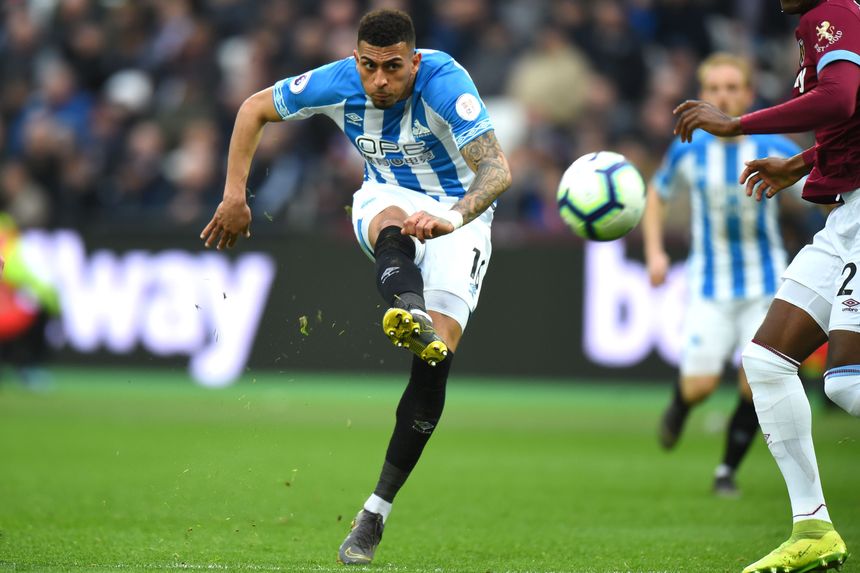 Very few decided that Karlan Grant (£5.0m) needed to be part of their plans.

Just 198 managers opted to bring in the Huddersfield Town forward for his trip to West Ham United.

He scored twice to earn a place in a Dream Team set up in a 3-4-3 that brought in 113 points from the five-match schedule, the joint-lowest Dream Team total of the season.

The Chelsea goalkeeper failed to keep a clean sheet in the 2-0 loss at Everton, but his penalty save from Gylfi Sigurdsson (£7.3m) helped him to his first double-digit haul. Kepa's total was boosted by two save points and the maximum bonus points.

Everton were the only side to record a clean sheet in Gameweek 31, with Coleman's all-round performance bringing in bonus points as well.

The centre-back's first goal of the season prompted West Ham's comeback from 3-1 down against Huddersfield. Ogbonna has now produced returns in three of the last five Gameweeks.

Close to a quarter of a million managers signed Mane for his trip to Fulham. He responded with a goal, an assist and maximum bonus points in Liverpool's 2-1 win at Craven Cottage.

Babel's fine home form continued with a goal against his former club. One of his two goals and all three of his assists have come from his five matches at Craven Cottage.

The Leicester midfielder scored his first goal since Gameweek 15, which was enough to bring in maximum bonus points.

Huddersfield Town's other Dream Team member from the weekend, Bacuna scored his first Premier League goal to reward his 0.4 per cent ownership.

The ultimate differential, Grant's two-goal display benefited the 2,760 managers with him in their squads.

The AFC Bournemouth forward was sold by more than 35,000 managers for his home match with Newcastle United. King made them regret that with two goals and maximum bonus points.

A late brace from the striker completed a stunning comeback by West Ham. Chicharito's half-time introduction resulted in his first double-digit haul since Gameweek 14.