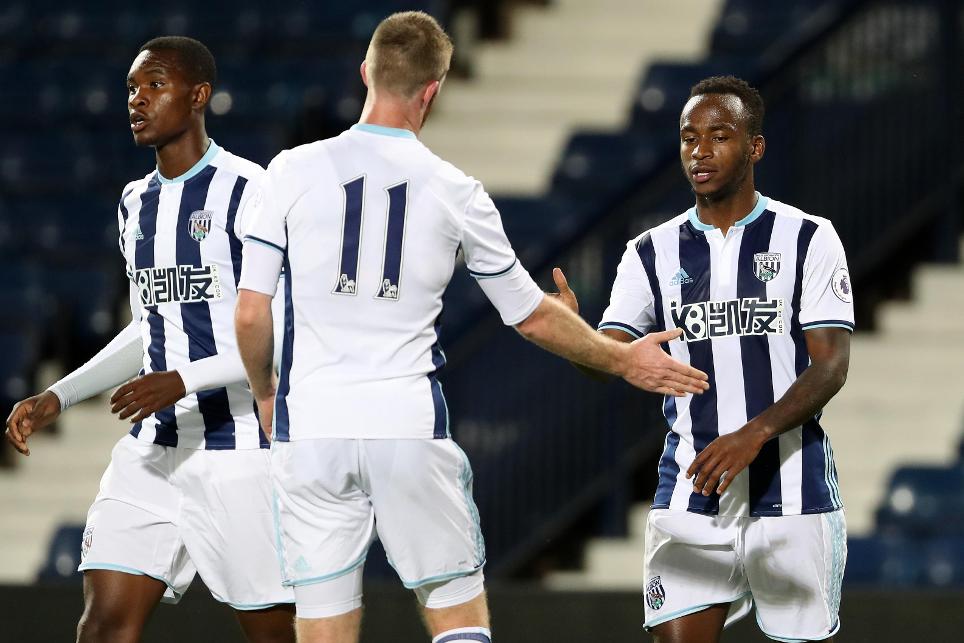 Richards: We must learn from our mistakes External Link

The pair were two of seven senior players in the Baggies side, with James Morrison, Hal Robson-Kanu, Brendan Galloway, Jonathan Leko and Sam Field also playing at The Hawthorns.

But Berahino and Brunt struck in a three-minute spell to put the Baggies level on points with Swansea City at the top of the table.

Previous leaders Swansea suffered their second defeat of the season as they went down 3-2 to Newcastle United at Whitley Park.

Sean Longstaff, Dan Barlaser, with a penalty, and Callum Roberts put the Magpies 3-0 up, before the Swans rallied with goals from George Byers and Botti Biabi.

Wolverhampton Wanderers are next up for Newcastle, and Swansea visit Fulham in their next fixture.

West Ham United are third after a goalless draw with Brighton & Hove Albion left them one point ahead of Wolves and Blackburn Rovers, whose meeting at Leyland County Ground ended 3-2 to Rovers.

Elsewhere, Norwich earned their first win of the season by beating Fulham 1-0 at Motspur Park and Middlesbrough lost 2-1 at home to Aston Villa.