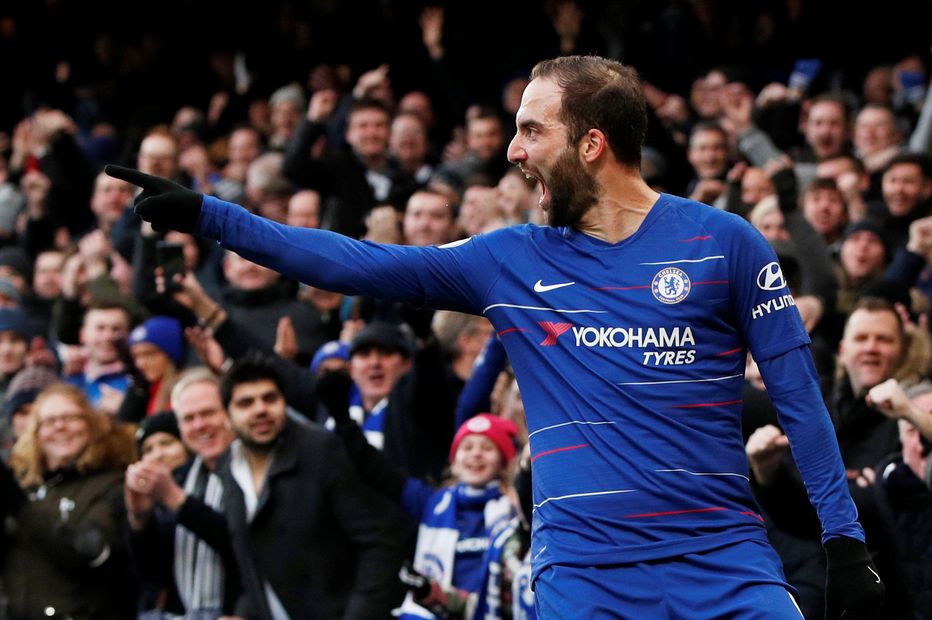 Managers seeking a big differential in the reduced Gameweek 31 of Fantasy Premier League should be considering Gonzalo Higuain (£9.6m).

Only five matches take place this weekend due to postponements caused by the FA Cup quarter-finals.

Higuain missed Chelsea’s UEFA Europa League win at Dynamo Kiev on Thursday evening because of illness, but is expected to recover for the trip to Everton on Sunday afternoon.

He sits in only 5.2 per cent of FPL squads ahead of Saturday's 14:00 GMT deadline despite an encouraging start since joining in the January transfer window.

He has scored three goals in six Gameweeks to average 4.8 points per match.

And his underlying statistics are also impressive.

Higuain’s total of 25 shots in the last six Gameweeks is more than any other player.

That highlights his potential for goals against Everton, who have won only one of their last eight matches at Goodison Park.