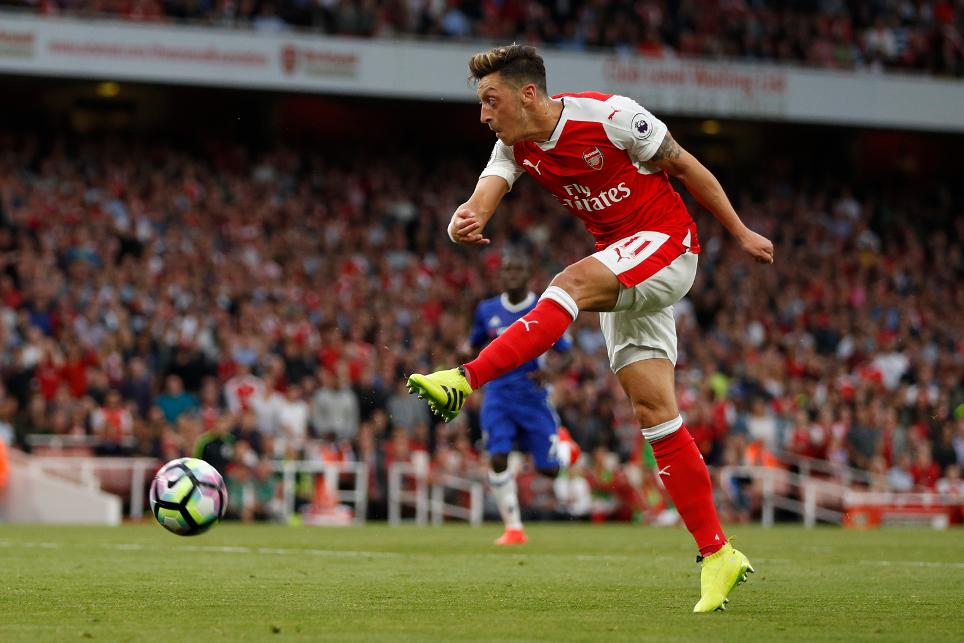 First-half goals from Sanchez, Walcott and Ozil blow away Blues

'It is great fun playing with Theo' External Link

The home side went ahead with their first league goal against their opponents in six matches when Alexis Sanchez pounced on Gary Cahill’s error and raced through to score on 11 minutes.

Chelsea threatened with Willian shooting just wide, but Arsenal added a third as Mesut Ozil broke away to combine with Sanchez and volley in off the post.

Michy Batshuayi came closest to getting a goal back for Chelsea but Petr Cech denied the substitute in the 84th minute.

It meant Arsenal earned their first win over Chelsea in 10 Premier League matches to go third, while Antonio Conte’s side dropped to eighth.