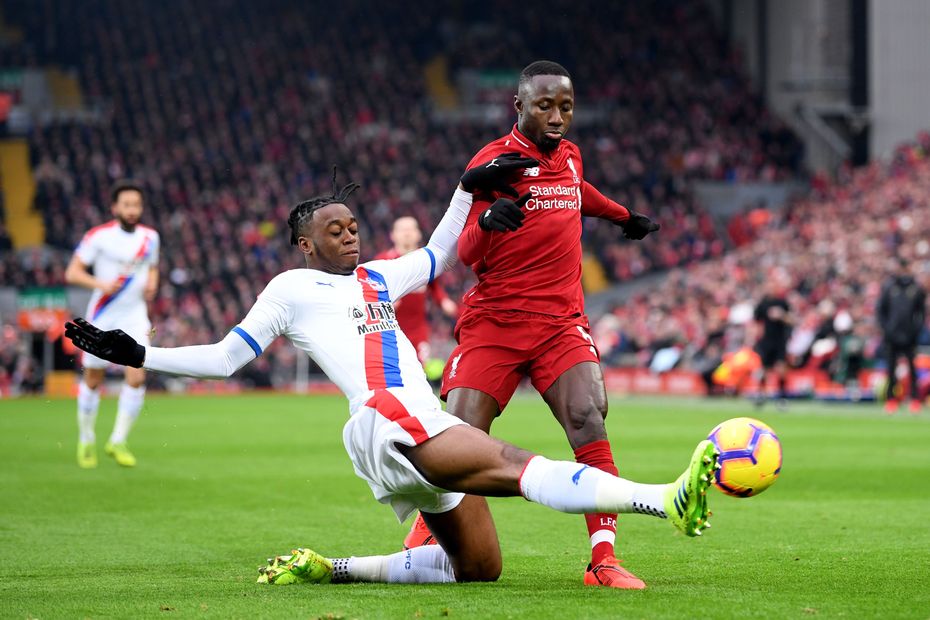 If Brighton & Hove Albion’s Jose Izquierdo or Alireza Jahanbakhsh look up on the left wing and see Aaron Wan-Bissaka closing them down on Saturday, they may be excused for declining to take him on.

Many have tried and failed to go past Crystal Palace's right-back, nicknamed "Spider" for his long legs.

Indeed, while there have been 54 take-on attempts against him this season, there have only been seven completed dribbles.

In 1v1 situations it is hard to think of a better defender.

It is easy to forget that the 21-year-old has only been a first-team regular for 12 months, having made his Premier League debut against Tottenham Hotspur on 25 February 2018.

Fearless, aggressive and exceptional in the timing of his challenges, his burgeoning reputation is built on his ability to win clean tackles out wide.

Remarkably, especially for a rookie defender, Wan-Bissaka has won more tackles than anyone else across Europe’s top five leagues in 2018/19.

During his time as a Palace youth player, Wan-Bissaka was a winger who loved to take defenders on.

He is still a fine dribbler, completing 1.74 take-ons per 90 minutes, the 24th-highest average in the Premier League rankings.

But he is also selective about the right moments to surge into the final third.

He has the speed and creativity to make chances, as he showed when supplying Michy Batshuayi’s goal at Burnley last weekend, and an impressive 23 per cent of his crosses have found a team-mate.

However, his assist at Turf Moor was one of just 11 opportunities he has fashioned this campaign.

For now, he appears happy to prioritise defending and his ball-winning statistics are remarkable for a player with such limited experience.

If the last 12 months are anything to go by, a long and successful career at the highest level lies ahead.