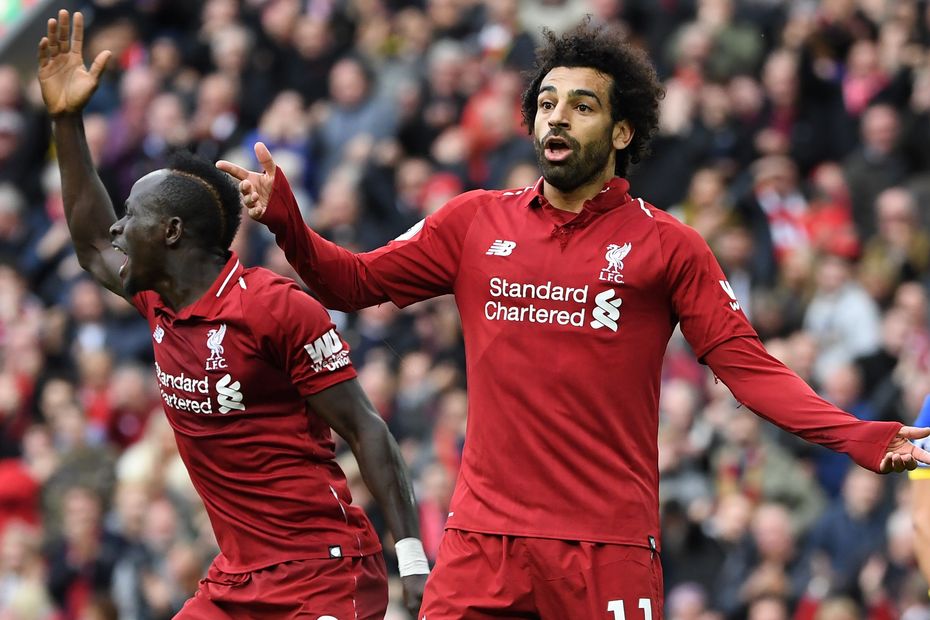 Klopp on Salah: His record is unbelievable External Link

A drop in creativity has been behind dropped points for Liverpool's title bid in recent weeks.

Until their defeat by Manchester City on 3 January, Liverpool had produced at least 10 shots from open play in 14 of their 20 matches of the campaign.

By contrast, in 2019 their open-play shot tally has dipped below 10 in six of their nine matches.

So it is no surprise that Jurgen Klopp’s side are scoring fewer goals as they prepare to face Burnley.

Looking behind the front three

Dips in form are normal for star forwards over the course of a 38-match season, but two of Liverpool's three main front men have suffered drops at the same time.

But over the same period, Mohamed Salah and Roberto Firmino have failed to score in six outings apiece, during which Liverpool have accrued 16 points from a possible 27.

I think there is too much reliance on Mane, Salah and Firmino to score goals and create them.

They are not only the club’s leading goalscorers, but their main providers, too.

If the three are not firing on all cylinders, there is a burden on Liverpool's full-backs to carve out almost all of the clear-cut openings.

Contributions from central midfield have been few and far between, not just of late but throughout the campaign.

The excellent Georginio Wijnaldum is Liverpool’s most creative midfielder.

The Dutchman has produced 15 key passes from open play, but is only just ranked inside the Premier League’s top 100 in that category.

Klopp can call upon only five players who have created 15 or more chances from open play.

By comparison, Man City and Arsenal each have nine players to have passed that mark, including six midfielders apiece.

Manchester United have eight such players, Chelsea have seven and Tottenham Hotspur six.

The impending return of Alex Oxlade-Chamberlain will help.

But with Naby Keita yet to settle, Liverpool are missing a productive, attack-minded midfielder who can unlock defences.