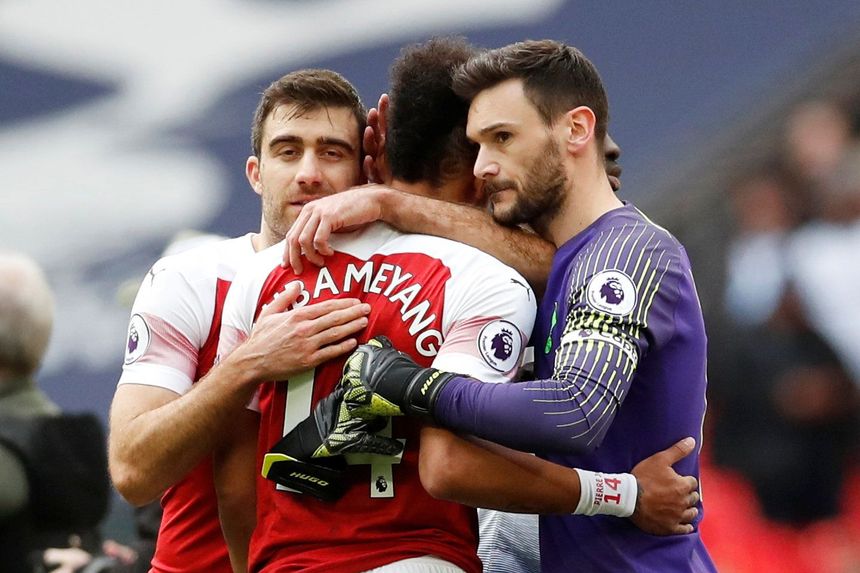 Eyes on the ball, not the clock - Hugo Lloris External Link

The late penalty save from Hugo Lloris (£5.5m) not only helped Tottenham Hotspur claim a point against Arsenal but earned the goalkeeper a second Dream Team appearance of the season.

Lloris denied Pierre-Emerick Aubameyang (£10.9m) a stoppage-time goal at Wembley and rewarded the 5.4 per cent of Fantasy Premier League managers who have him in their team.

The Frenchman takes his place in a Dream Team side that scored 118 points, the second-lowest total of the campaign.

The goalkeeper has averaged 4.6 points per match (ppm) this season, second only to the 4.9 of Alisson (£6.0m) among regular starting goalkeepers.

West Ham United's rising star produced his second double-digit haul of the campaign, scoring the opener in their 2-0 win over Newcastle United.

The Liverpool right-back earned a second consecutive Dream Team slot with a shutout and maximum bonus points in the Merseyside derby with Everton. Alexander-Arnold is the most-bought player heading into Gameweek 30.

The full-back is in only 0.2 per cent of FPL squads but secured a clean sheet and two bonus points from the Hammers' victory over Newcastle.

Manchester United's injury issues meant a second start in three Gameweeks for the midfielder, who responded with a goal and an assist in the 3-2 win over Southampton.

The Wolverhampton Wanderers midfielder scored and assisted in the 2-0 victory over Cardiff City. All six of his goals, and five of his six assists, have come since Gameweek 15.

Another budget midfielder to make the Dream Team, the Brazilian scored his second goal of the campaign as Chelsea beat Fulham 2-1.

Arguably the Fantasy find of the season, Jimenez scored one and set up the other in Wolves' win. He is owned by 36.0 per cent of managers and only three strikers have scored more than his 145 points.

The Man Utd forward is back to his best. Lukaku has scored twice for two straight Gameweeks, earning him back-to-back Dream Team appearances. But a blank Gameweek 31 might keep the 4.5 per cent-owned Belgian off the radar for now.

Another striker in sparkling form, Deeney scored and provided an assist in Watford's 2-1 win over Leicester City. He has produced double-digit returns in two of the last three Gameweeks.