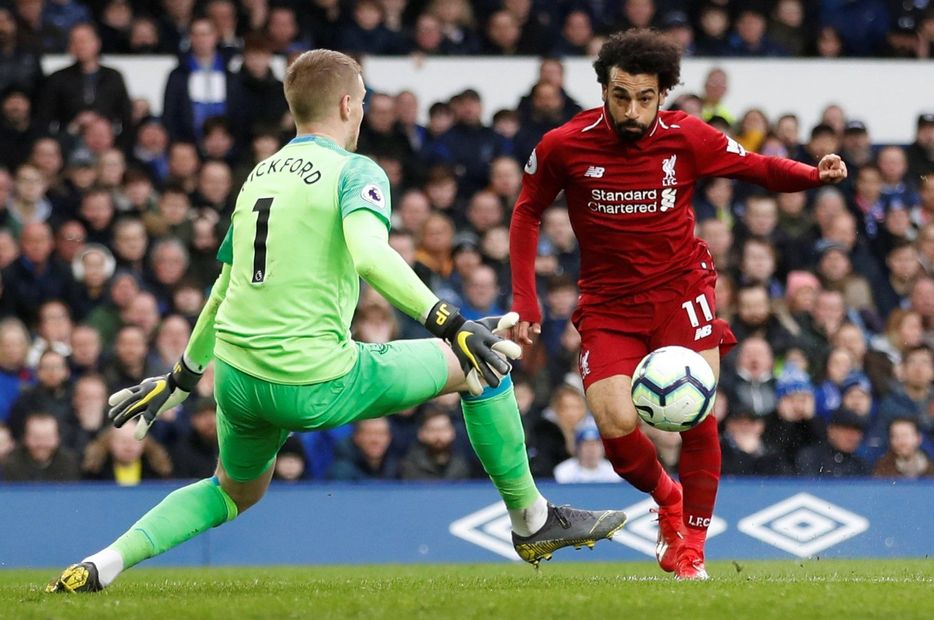 Everton stopped Liverpool from reclaiming top spot in the Premier League with a hard-fought goalless draw at Goodison Park.

Liverpool had the best chance in the first half but Mohamed Salah was stopped by Jordan Pickford when through on goal.

After the break Salah again had a chance, but a last-ditch challenge from Michael Keane denied him.

A fourth draw in six PL matches leaves Liverpool second on 70 points, one behind Manchester City.