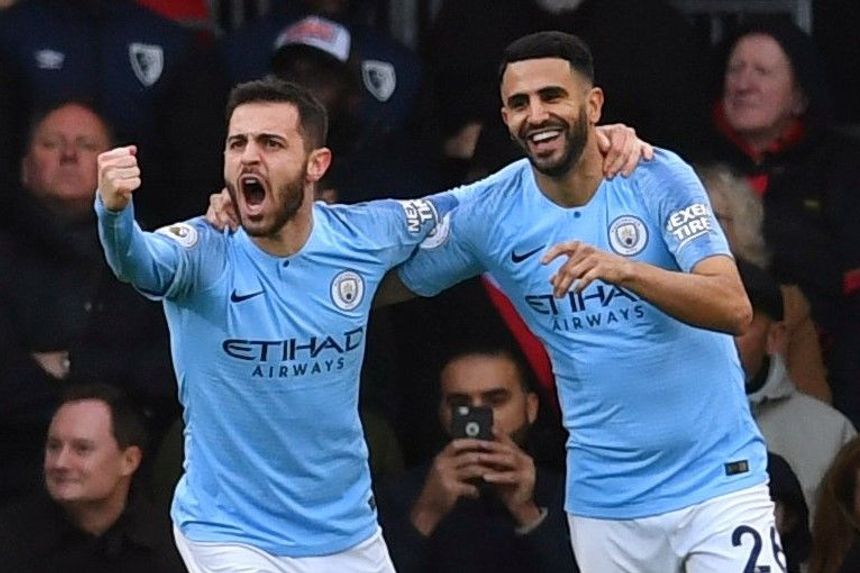 De Bruyne ruled out "for a while" says Pep External Link

A goal from substitute Riyad Mahrez was enough to earn Manchester City a 1-0 win at AFC Bournemouth and return them to the top of the Premier League.

The decisive moment came 10 minutes into the second half when David Silva played in Mahrez, who poked the ball beyond Artur Boruc.

David Silva and Nicolas Otamendi went close for City in the first half, before Mahrez struck after coming on for the injured Kevin De Bruyne.

Pep Guardiola’s side had chances to extend their lead, with Boruc saving from Raheem Sterling, Mahrez and Sergio Aguero.

AFC Bournemouth struggled to threaten against the champions, not registering a single shot.

The win puts City on 71 points, two ahead of Liverpool, having played a match more.