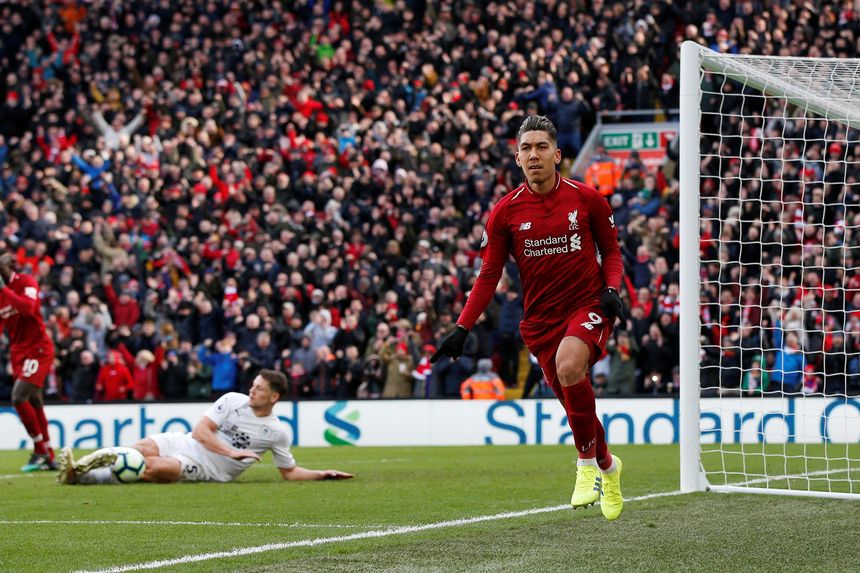 Roberto Firmino and Sadio Mane both scored twice as Liverpool came from behind to defeat Burnley 4-2 at Anfield.

But the hosts rallied, Firmino tapping in the equaliser after Mohamed Salah's cross reached him 13 minutes later.

Sadio Mane's fine finish on 29 minutes stretched his consecutive scoring streak at Anfield to six PL matches to make it 2-1.

However, Mane had the last word for Jurgen Klopp's side.

Second-placed Liverpool move on to 73 points, one behind leaders Manchester City, while Burnley lie 17th on, two points above the relegation zone.