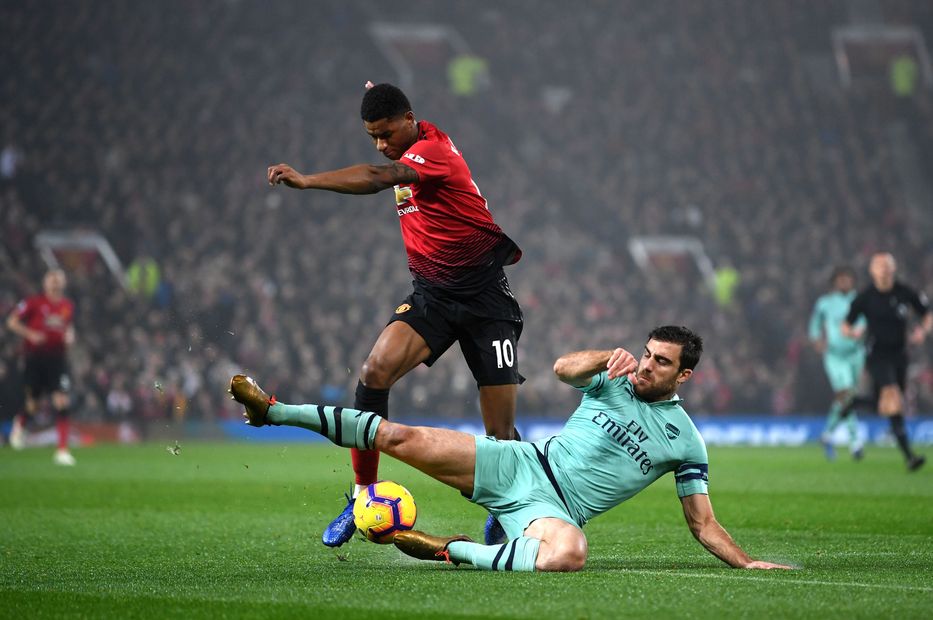 Arsenal will hope to leapfrog Manchester United and move into the top four when they host Ole Gunnar Solskjaer's side, who lie a place and a point above them.

Anthony Martial (groin) and Eric Bailly (muscular) are available for Man United again, while Ole Gunnar Solskjaer has Paul Pogba back from suspension.

Ander Herrera (hamstring) and Nemanja Matic (muscle) have been absent for the last fortnight but are also in contention.

Only Manchester City, with 42, have won more points in home matches this season than Arsenal's 38. But Manchester United's 29 away points are bettered only Spurs and Liverpool, with 33 and 32 respectively.

Nine of Arsenal’s 13 PL victories over Man Utd have come on a Sunday.

Alexandre Lacazette can become only the second Arsenal player to score in six consecutive PL home matches, after Thierry Henry, and the first at Emirates Stadium.

Paul Pogba has missed three PL penalties this season and could become the first to miss four in a campaign.