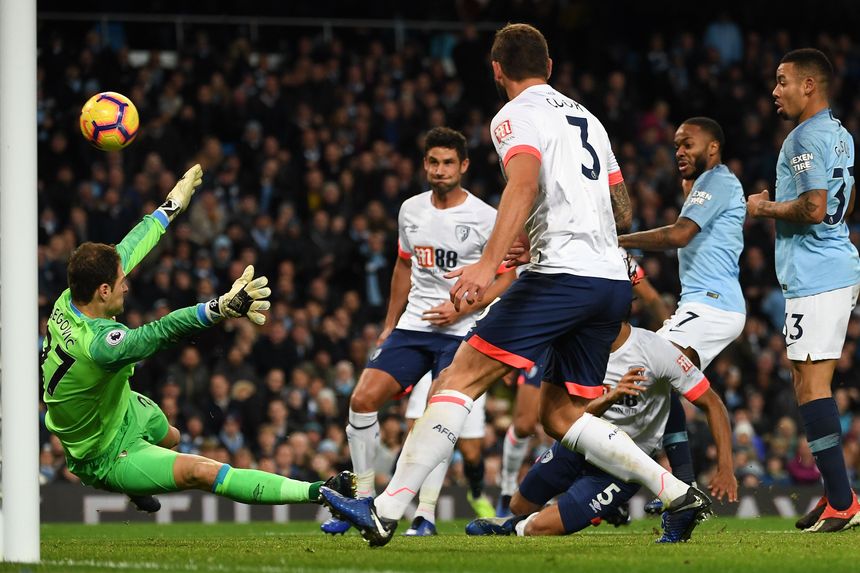 Man City attacker is hoping to extend his scoring streak, plus other standout facts on the weekend's matches

With his history against AFC Bournemouth, Raheem Sterling will be relishing Manchester City's trip to Vitality Stadium on Saturday as he aims to become the fourth player to score in seven consecutive Premier League matches versus one opponent.

For more must-know stats ahead of Matchweek 29, read below. For head-to-head records, click on the fixtures.

Harry Kane has scored eight goals in eight PL matches between Tottenham Hotspur and Arsenal, a joint PL record along with Emmanuel Adebayor, who scored eight in 13 matches.

Raheem Sterling has scored in all six PL matches against AFC Bournemouth. He could become the fourth player to score in seven consecutively against an opponent, and the first since Romelu Lukaku in October 2016 against West Ham United.

Burnley's last 49 PL goals have all been scored inside the box. The last team to have a longer run were Crystal Palace who had 56 between September 2016 and December 2017.

Romelu Lukaku has been involved in nine goals in his last 10 PL appearances against Southampton (seven goals, two assists), though both his goals against Saints for Manchester United have been scored away from home.

Newcastle United manager Rafael Benitez has won 11 PL matches against West Ham, more than he has versus any other opponent.

Fulham's Andre Schurrle scored a hat-trick the last time the Cottagers hosted Chelsea in the Premier League, doing so for the Blues in a 3-1 victory.

This will be the 200th top-flight meeting between Everton and Liverpool, becoming only the second fixture to have been played that many times in the top English league after Aston Villa v Everton (202).