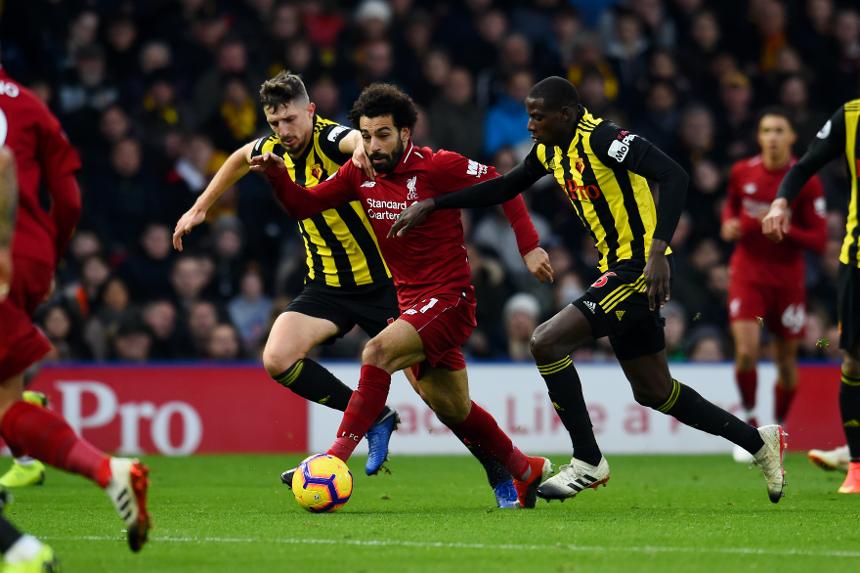 Milner: We have to work on breaking teams down External Link
Classic match: Watford 2-3 Liverpool

Deeney: We looked like a real top team External Link

Top-of-the-table Liverpool are chasing a league double over Watford this season, but the Hornets will be buzzing with back-to-back wins including an impressive 5-1 victory at Cardiff City last time out.

Jurgen Klopp has confirmed that Roberto Firmino’s condition is not as serious as the club first feared. The Brazilian could feature in Liverpool's encounter with Watford despite being substituted with an ankle injury in the goalless draw at Old Trafford.

Croatian centre-back Dejan Lovren is still recovering from a hamstring injury he suffered in January and the Reds' test against Watford will come too soon for him. Naby Keita could return after recovering from a recent illness.

Watford's Kiko Femenia (hamstring) is likely to be the only player unavailable for Javi Gracia's selection.

Liverpool are unbeaten in their last six league meetings with Watford, winning five and drawing one and netting 20 goals and keeping four clean sheets in that run.

Liverpool have scored at least five goals in their last two home Premier League matches against Watford (6-1, 5-0); the last top-flight team to do so against an opponent in three consecutive seasons back-to-back were Man City against Chelsea between 1956-57 and 1958-59.

Watford’s Gerard Deulofeu became the first Hornets player to score a top-flight hat-trick since Mark Falco in 1986 in their 5-1 victory at Cardiff City.

Watford have lost their last 10 top flight matches against teams starting the day top, a run stretching back to September 1986.