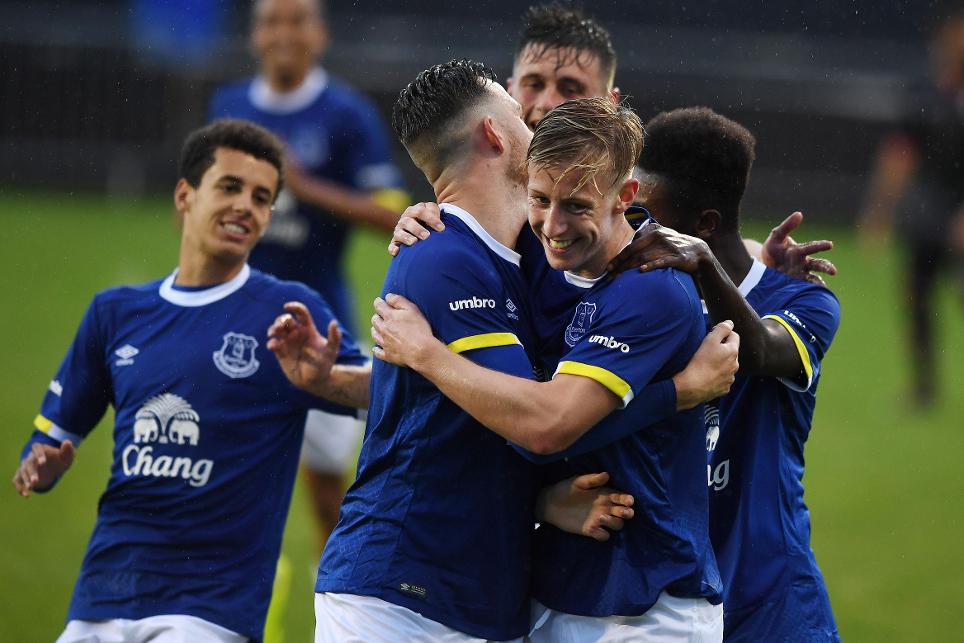 Calum Dyson came off the bench to score twice on the day he turned 20, while Kieran Dowell, Liam Walsh and Oumar Niasse were also on target as Everton opened up a two-point lead at the top.

Southampton are second in the table on goal difference after a 2-2 draw with Leicester City, who claimed their first point of the season.

Southampton are level on 10 points with Manchester City and Sunderland, who met on Sunday at the Stadium of Light with City securing a 4-2 victory.

Paolo Fernandes put Man City 2-0 up with two long-range strikes, while substitute Lukas Nmecha was also on target twice, once with a penalty. Rees Greenwood and Elliot Embleton scored for the hosts.

A Scott McTominay goal and Josh Harrop penalty were cancelled by a double by the Rams’ Charles Vernam before McTominay snatched the winner.

Reading hit back from 1-0 down to beat Chelsea 2-1 at the Madejski Stadium. Ike Ugbo headed the Londoners ahead but second-half goals from Tyler Frost and substitute Sam Smith inflicted the Blues' first defeat of the season.