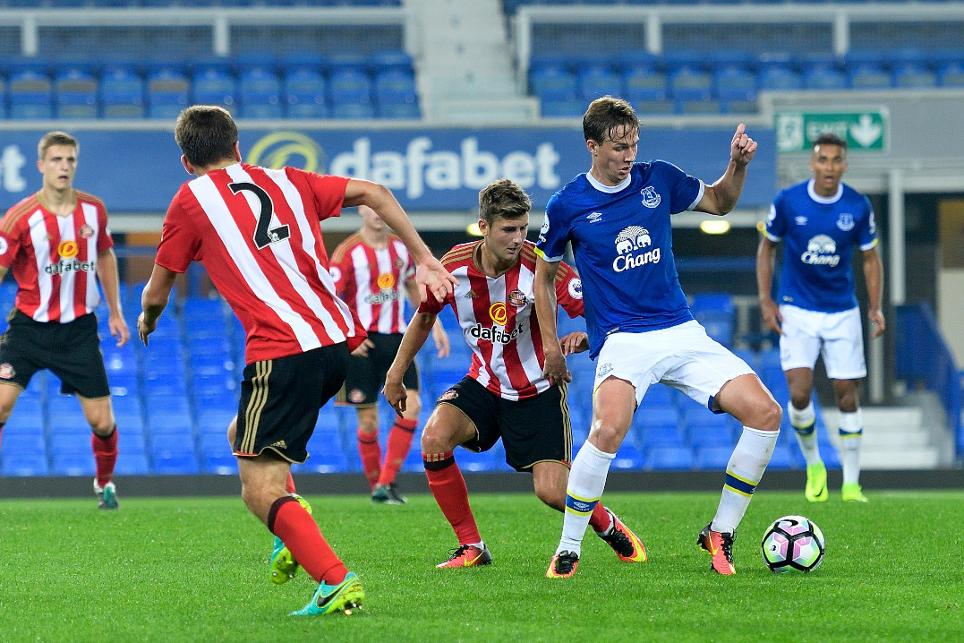 Sunderland ended Everton’s 100% record and replaced them at the top of the Premier League 2 Division 1 table with a 1-0 win at Goodison Park on Tuesday.

Everton had the majority of the chances but could not take them and George Brady punished them by heading home the winner in the 71st minute.

Tom Davies featured for the Toffees only 24 hours after coming on as a substitute during Everton's Premier League win over the same opposition at the Stadium of Light.

Sunderland, who had August's Premier League 2 Player of the Month Ethan Robson in midfield, have earned three successive wins following an opening-day draw with Chelsea.