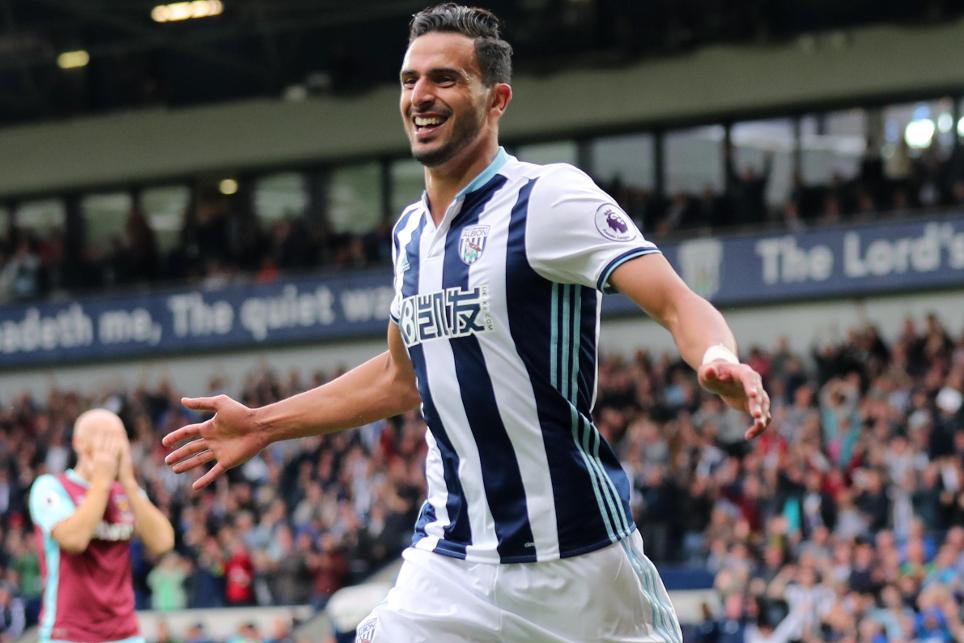 Pulis on win over Hammers and impressive Chadli External Link

Chadli on the performance, penalty and fourth goal External Link

In a central support role behind the striker, the Belgian registered two goals and a pair of assists on the way to 21 Fantasy points, the highest single Gameweek haul of any player this season.

The Frenchman was again instrumental for the Hammers, providing assists for both the visitors’ goals along with five successful dribbles, four open-play crosses and eight recoveries. He also completed 82% of 73 attempted passes.

Salomon Rondon (£6.5m) collected a single bonus point, scoring 40 in the BPS courtesy of his first goal since Gameweek 1.

Despite their away defeat, West Ham cemented two of the top-three spots in the ICT Index.

Payet was ranked first, with a score of 20.1 just edging out team-mate Michail Antonio (£7.2m) into second.

The playmaker created six scoring chances for Slaven Bilic’s side, with two of his five attempts on goal arriving from inside the penalty area.

Payet’s score of 101 for ICT Creativity was top for Gameweek 5.

Antonio found the net in the 4-2 defeat and produced eight shots on goal, with six of those attempts arriving from inside the opposition box.

The winger’s ICT Threat score of 113 was second for the Gameweek.

Chadli earned third spot, having played a part in all four of the hosts' goals. The Belgian produced three attempts on goal, all inside the box, and netted with both his efforts on target.

Chadli's remarkable impact is likely to ensure he remains in a central position, provided he recovers from the knock that forced him off late on.

With James McClean (£5.0m) and Rondon also finding the net, Saido Berahino (£6.3m) – who dropped to the bench at the weekend – will likely find it difficult to force his way back into the starting XI.

Chadli also looks to have been handed spot-kick duties by Tony Pulis after converting the Baggies’ early first-half penalty.

Slaven Bilic, meanwhile, has decisions to make after seeing his side slip to a fourth defeat this league season.

Payet, Antonio and Manuel Lanzini (£6.4m) – whose goal arrived from the penalty spot – should keep their starts, though Simone Zaza’s (£6.9m) minutes are already causing concern after the Italian was hauled off at the break.

At the back, the Hammers have now shipped four goals in the last two Gameweeks and boast the Premier League’s second-worst defence, with 13 strikes conceded.

Bilic will be hoping the likes of Winston Reid (£5.0m), Sam Byram (£4.5m) and Arvalo Arbeloa (£4.9m) will be available next time out, with James Collins (£4.6m) and Havard Nordtveit’s (£4.9m) starting berths perhaps in question for the home encounter against Middlesbrough.