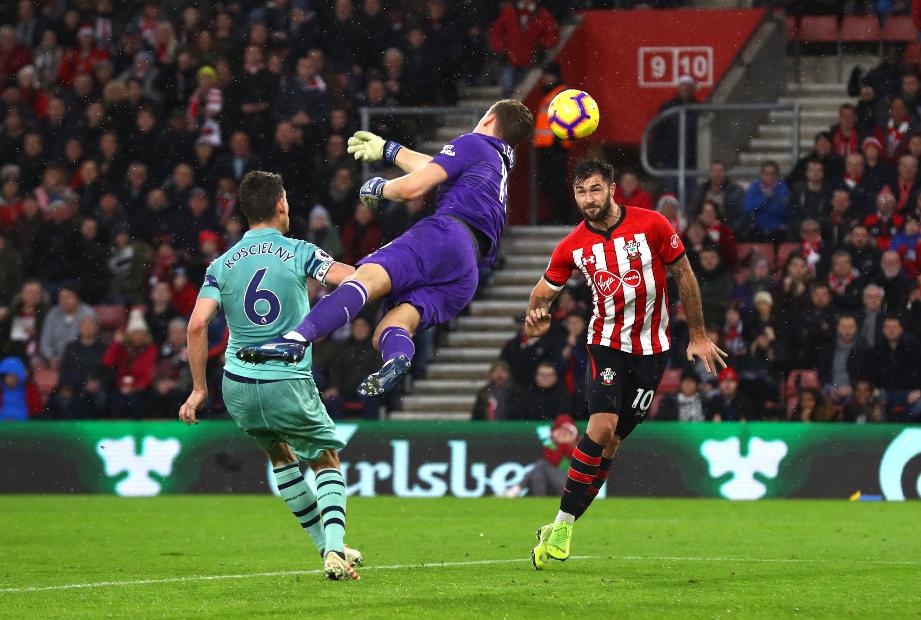 Arsenal are looking for back-to-back victories, which could take them above fourth-placed Manchester United. Southampton will be hoping to bounce back from their defeat against Cardiff and move out of the relegation zone.

Laurent Koscielny (achilles) came off early in the second half of Arsenal's UEFA Europa League clash with BATE Borisov on Thursday, although his withdrawal was largely precautionary. Unai Emery hopes to have his captain available for selection.

Arsenal are unbeaten in their last 23 home league matches against Southampton, since a 1-0 loss in November 1987.

Having won the reverse fixture, Southampton are looking to complete their first league double over Arsenal since the 1987/88 campaign, when a 17-year-old Alan Shearer scored a hat-trick on his first league start for Saints.

Arsenal are unbeaten in 12 PL home matches, winning the last six in a row. Against sides starting the day in the relegation zone, the Gunners have won their last 30 at Emirates Stadium, ever since a 4-4 draw with Spurs in October 2008.

Southampton striker Charlie Austin has scored in all five of his PL matches against Arsenal. Only Raheem Sterling, against AFC Bournemouth, has a better 100 per cent record of scoring in every match against an opponent in the competition.