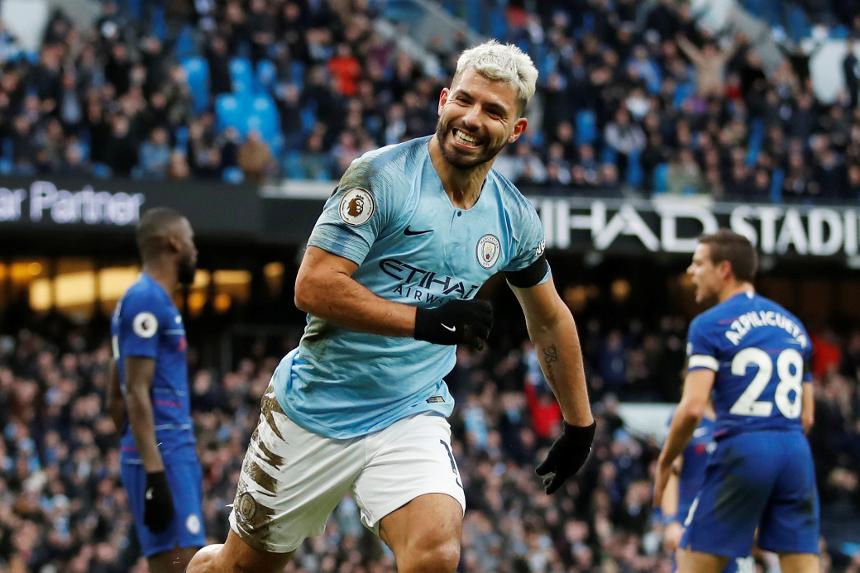 Sergio Aguero scored another hat-trick as Manchester City emphatically defeated Chelsea 6-0 at the Etihad Stadium to return to the top of the Premier League table.

Raheem Sterling fired into the roof of the net after only four minutes before Aguero hit a quickfire double, curling a superb 13th-minute shot into the top corner and then poaching his second and City’s third six minutes later.

Ilkay Gundogan made the score 4-0 after 25 minutes, while Aguero's penalty 11 minutes after half-time put him level with Alan Shearer's PL record of 11 hat-tricks.

Sterling added a sixth 10 minutes from time after a slick move down the left.

City are top on goal difference, level with Liverpool on 60 points having played one match more. Chelsea drop to sixth on 50 points, behind Arsenal on goal scored.