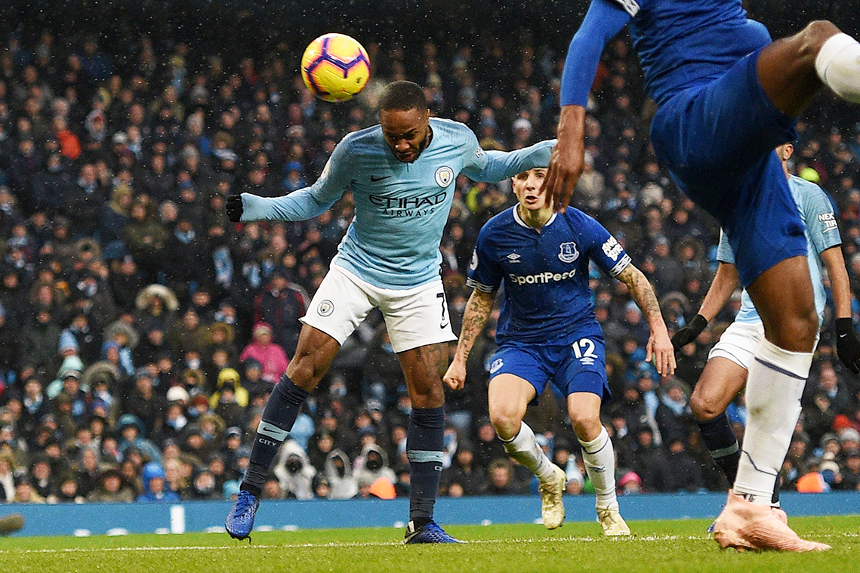 Raheem Sterling will relish the opportunity to extend his impressive recent record against Everton when Manchester City visit Goodison Park on Wednesday.

Not only is he in fine form, having provided two assists against Arsenal on Sunday, but the 24-year-old has scored in his last three Premier League matches against Everton.

It was not always such a happy hunting ground for the England international.

Sterling had struggled against Wednesday evening's opponents, failing to find the net in his first eight matches against them.

But with now double figures for both goals and assists in the Premier League this season, the winger will be confident of scoring against Everton for the fourth match running.

Theo Walcott, who made his first PL start in a month in the defeat by Wolverhampton Wanderers on Saturday, has scored five goals in his last seven appearances against City.