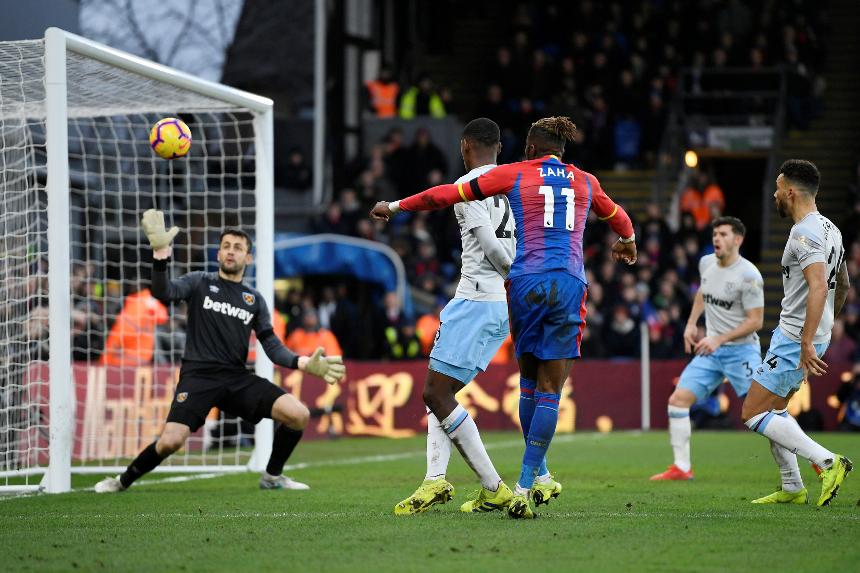 Ryan Fredericks and Chicharito had early chances for the Hammers, who took the lead from the spot after Palace goalkeeper Vicente Guaita clattered into Michail Antonio and Mark Noble stepped up to convert the spot-kick.

James McArthur missed a golden opportunity to level when put through, but shot wide with the goal gaping.

With 14 minutes left, McArthur released Zaha, who cut inside and fired in a deflected equaliser from a tight angle.