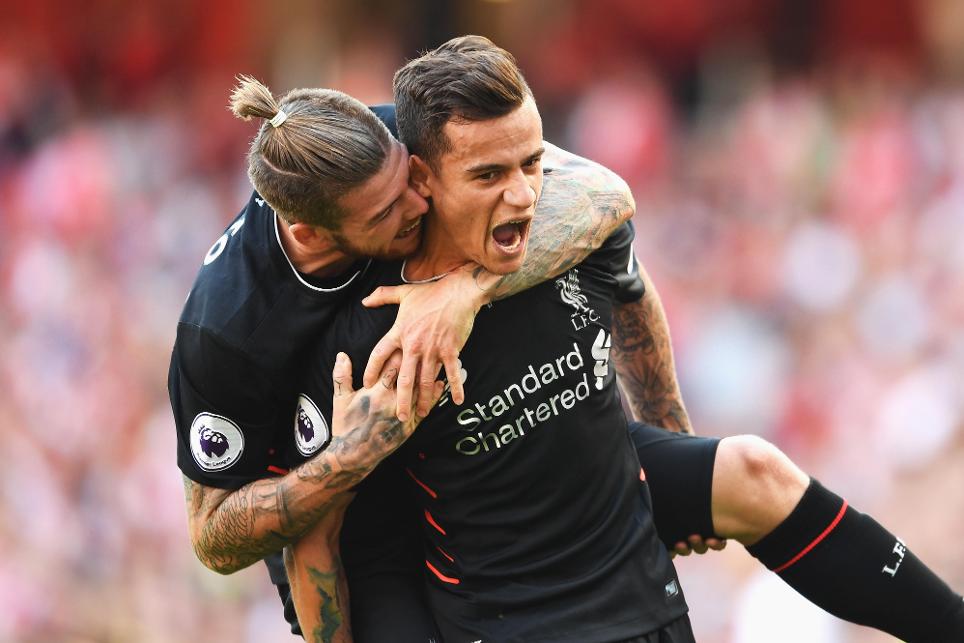 FPL favourite back in Liverpool’s plans for Chelsea clash, as The Scout highlights GW5 team news

Firmino: My hyperactivity makes me perfect for Klopp External Link

Sturridge looks favourite to drop to the bench at Stamford Bridge, with Firmino potentially shifting to a 'false nine' role to accommodate the return of the 28% owned Coutinho.

Antonio Conte is forced into a defensive reshuffle after John Terry (£5.5m) was ruled out of Chelsea’s line-up for today’s 8pm kick-off.

The Blues head coach has confirmed that David Luiz (£6.0m) will be handed a second debut after returning to the club from Paris Saint-Germain.

David Silva (£8.9m) is a major doubt for Manchester City after missing the UEFA Champions League win over Borussia Monchengladbach through injury.

Pep Guardiola is considering handing Ilkay Gundogan (£5.4m) his first taste of Premier League action against AFC Bournemouth after the German made his competitive debut on Wednesday evening.

The City head coach may also consider freshening up his options out wide.

Nolito (£9.0m) was rested in midweek and could be handed a role on the left, with Leroy Sane (£7.8m) vying with Raheem Sterling (£8.3m) for a starting berth on the right having replaced him in City’s last two outings.

Over in the red half of Manchester, Luke Shaw (£5.6m), Antonio Valencia (£5.6m) and Wayne Rooney (£9.0m) were all rested for Manchester United’s UEFA Europa League defeat at Feyenoord and are poised to return away to Watford on Sunday.

But Jose Mourinho does have injury concerns with Eric Bailly (£5.5m) emerging as a doubt.

Owned by 15% of FPL managers, the Ivorian sustained a knock in midweek and the setback could earn a recall for Chris Smalling (£5.9m), who has yet to make a Premier League start this season.

The Argentinian tends to alternate his first XI after European matches, particularly at full-back.

Danny Rose (£6.0m) is making a swift recovery but is expected to miss out again.

That leaves Ben Davies (£4.9m) as a likely starter at left-back, with Kieran Trippier (£4.9m) challenging Kyle Walker (£5.7m) for minutes on the right for Sunday's encounter with Sunderland.

Finally, Alan Pardew could be without left-back Pape Souare (£4.5m) for up to six months after the defender was involved in a serious car accident.

Martin Kelly (£4.4m) is set to deputise again for the visit of Stoke City on Sunday, offering FPL managers a potential value option in the Eagles' rearguard.