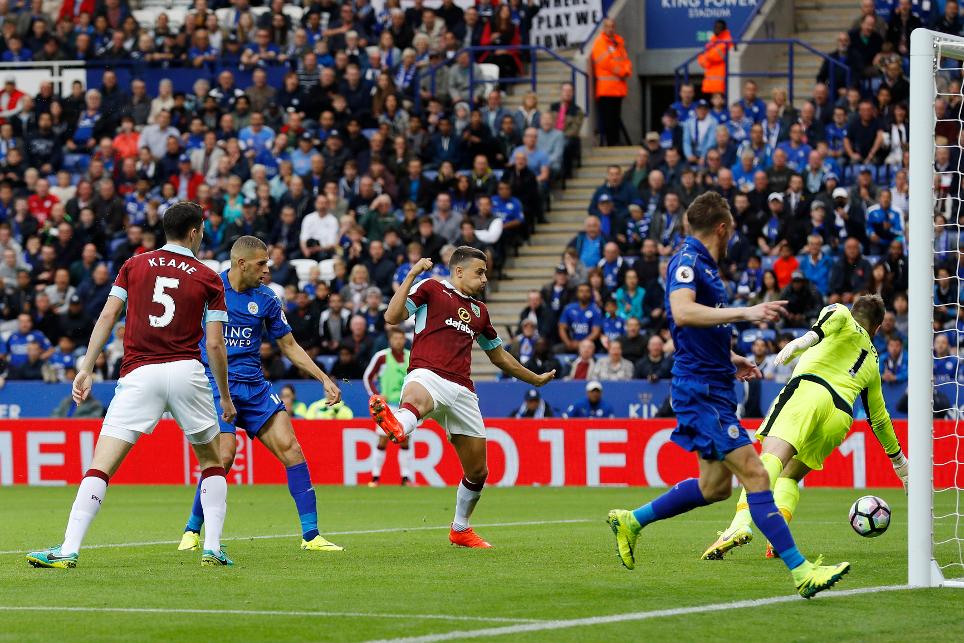 Islam Slimani had a Premier League debut to remember as his two goals helped Leicester City claim a 3-0 victory over Burnley.

The hosts had to be patient at the King Power Stadium after a lively Riyad Mahrez was denied by Clarets goalkeeper Tom Heaton, before the Algerian then headed just wide.

Slimani broke the deadlock shortly before the break when he nodded home from Christian Fuchs' free-kick.

And the summer signing from Sporting Lisbon then made it two on 47 minutes with another header when a Mahrez cross was deflected into the air by Jamie Vardy.

Leicester ensured victory with 12 minutes left to play when Mahrez's centre from the right was diverted into his own net by Burnley defender Ben Mee.