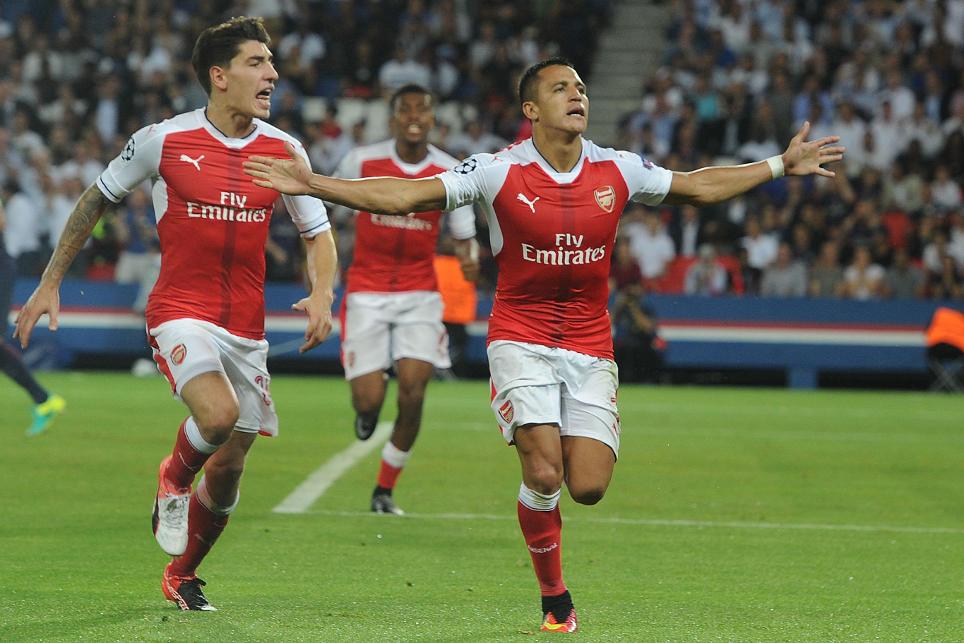 Mustafi - Alexis is so hard to handle External Link

The goal that Alexis Sanchez (£11.0million) struck to claim a point for Arsenal in the UEFA Champions League fixture on Tuesday night has only added to his claim to be made captain in Gameweek 5, when Arsenal visit Hull City.

After coming off the bench at home to Southampton on Saturday, the Chilean started up front against Paris Saint-Germain, with Arsene Wenger naming Olivier Giroud (£9.0m) and Lucas Perez (£8.5m) as substitutes and scored with one of his two attempts.

Hull have conceded an attempt on goal every 4.6 minutes so far - more frequent than any other Premier League side – and Sanchez is building momentum, having claimed 16 points away to Watford in his previous Premier League start.

Walcott has started each of the first four Gameweeks but missed out with a minor knee problem. His replacement, Iwobi, registered more attempts on goal than any Arsenal player, although he failed to find the net.

Santi Cazorla (£7.6m) again impressed, creating three goalscoring chances. The Spaniard, who has produced points in three of the opening four fixtures, is the third-most transferred-in midfielder this week after netting a late winner against Southampton.

Wenger continued with the same back four, meaning that new recruit Shkodran Mustafi (£6.0m) was again alongside Laurent Koscielny (£6.0m), who recovered from an eye injury.

Perez was an unused sub, and Granit Xhaka (£5.3m) emerged late on as a replacement for Francis Coquelin (£4.5m).

Introduced to proceedings after the hour, Giroud was sent off late on after two bookings, but his suspension does not apply to domestic matches.

Manchester City’s home meeting with Borussia Monchengladbach was moved back 24 hours due to adverse weather conditions at the Etihad Stadium.

Along with Leicester City and Tottenham Hotspur, Pep Guardiola’s side will take to the pitch this evening, 24 hours closer than originally planned to Saturday’s 3pm kick-off at home to AFC Bournemouth.