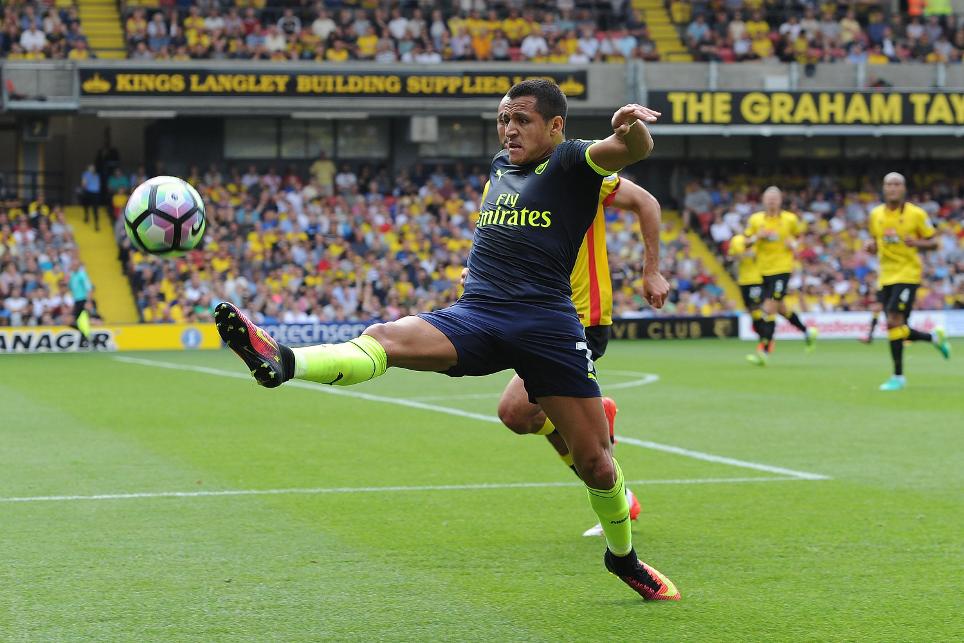 'It is great news that Mesut scored' External Link

Alexis Sanchez (£10.9m) not only topped the Bonus Point System (BPS), his total of 46 was the highest of any player in Gameweek 3.

The Chilean claimed the maximum bonus points courtesy of his goal and assists, with team-mate Santi Cazorla (£7.5m) ranking second on 33 BPS.

Shifted back alongside Granit Xhaka (£5.4m) in the double pivot, Cazorla scored the opener from the penalty spot and converted 92% of his 65 passes.

Mesut Ozil (£9.5m) took Cazorla’s place in the No 10 role, immediately making an impact with Arsenal’s second goal. That helped the German to 26 BPS, earning him a single bonus point.

Sanchez was also found at the top of the ICT Index, earning 16.9, the second-highest tally in the Gameweek.

A goal and two assists helped him to a 59 Influence score but Sanchez also recorded the highest Threat tally on show (61). This arrived via three shots on goal, all of which hit the target.

Theo Walcott (£7.5m) ranked second in the Index (10.9), mainly due to a return of 55 Threat. He matched Sanchez's three efforts on goal, with two arriving from inside the Watford penalty area.

Capoue scored 37 for both Threat and Creativity, providing two chances for team-mates along with six crosses and 12 completed passes in the final third.

Sanchez has re-announced himself as a key FPL asset with the Gameweek’s highest points tally (16).

Having scored 13 and 16 goals in his previous two Premier League campaigns, the Chilean must be considered a key target ahead of Arsenal’s improving schedule.

As detailed in our recent article, Arsenal register a score of one, the lowest level on the Fixture Difficult Rankings, for five of their next eight Gameweeks.

That will also bring Ozil into the equation.

Back on Arsene Wenger's teamsheet at Vicarage Road, a total of 19 assists last season established him as a consistent FPL asset.

At the back, the Arsenal manager kept faith with Rob Holding (£4.5m), although he would seem likely to surrender his starting role once the pending transfer for Shkodran Mustafi is completed.

Watford will be encouraged by a much-improved second-half display.

The goal and cameo performance from Roberto Pereyra (£6.0m) showed real promise. Classified as a midfielder, the Argentinian is one to monitor over forthcoming Gameweeks.