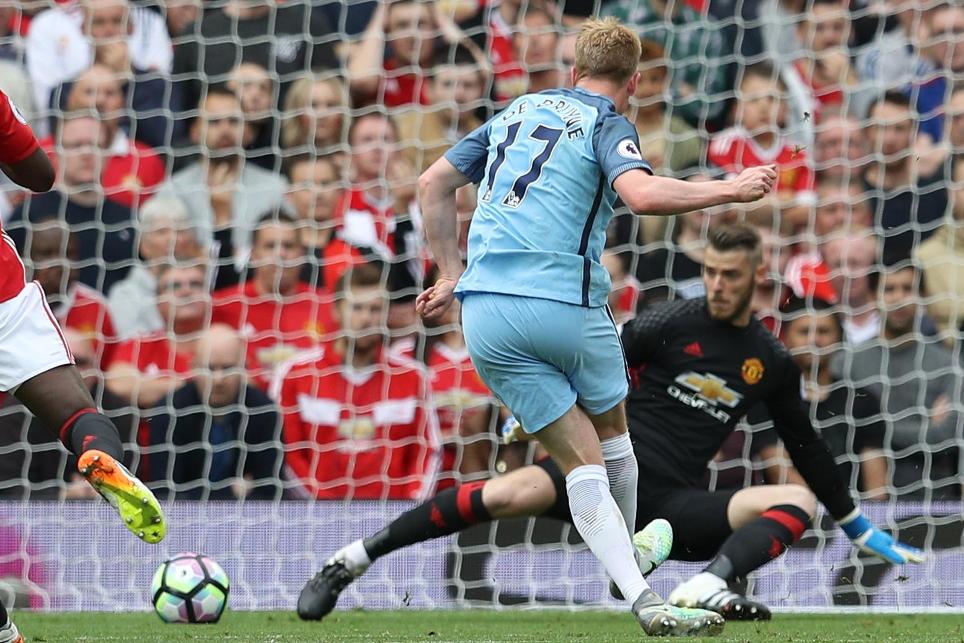 Kevin De Bruyne (£10.5million) shared City's goals and assists with Kelechi Iheanacho (£6.9m) but it was the Belgian who came out on top in the Bonus Point System (BPS).

De Bruyne earned 48 BPS in total, conjuring six key passes and contributing 10 recoveries as the visitors held on for the points.

Central defender Nicolas Otamendi (£6.0m) was awarded a single bonus point, despite missing out on a clean sheet as a result of Zlatan Ibrahimovic's (£11.8m) first-half goal.

The Argentinian was a barrier throughout, recording 13 clearances, blocks and interceptions and winning five tackles.

Otamendi was also effective with the ball, finding a team-mate with 91% of his 55 passes - the highest pass-completion rate on show in the match.

De Bruyne topped the ICT Index rankings, earning 16.9 courtesy of a 76 Creativity score, along with 48 Influence.

He supplied seven crosses - more than any other City player - in addition to his aforementioned six key passes.

Ibrahimovic ranked behind the City man, recording 14.5 on the Index thanks to a 113 Threat score - the highest of any player in the Gameweek.

The Swede scored his fourth goal of the campaign and recorded a peerless 10 attempts in total, four from inside the City box.

Ibrahimovic now tops the ICT Index for Threat over the season with 272.

De Bruyne's performance and 13-point haul demonstrated that his talents will find a way of supplying healthy FPL returns from a new central role.

He has provided assists in the last three Gameweeks, having scored or assisted 37.5% of City's goals last season.

But a £10.5m price tag remains the major obstacle, ensuring that his 6.1% ownership is unlikely to increase markedly; De Bruyne has picked up only 28,060 new owners since Saturday's deadline.

The Belgian was suffering from a tight hamstring late on and it remains to be seen if that becomes an issue for City's UEFA Champions League tie with Borussia Monchengladbach on Tuesday.

Raheem Sterling (£8.2m) scored a single point from the Old Trafford win and was subdued throughout his 59-minute appearance.

He had fewer touches than any other City starter (31), had the lowest pass completion (62%) and failed to attempt a single dribble, having averaged almost seven per match up until Saturday.

His minutes were curtailed as Pep Guardiola introduced Leroy Sane (£7.8m) just before the hour mark.

However, Ibrahimovic goes on providing with his ownership level hitting 63% overnight.