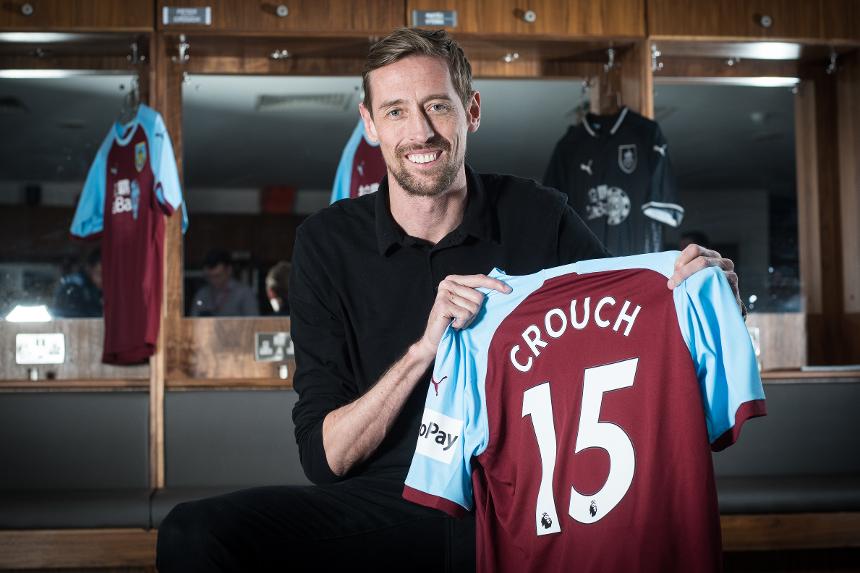 Peter Crouch is eyeing more goals with his new club Burnley and in so doing he could equal a Premier League record.

Burnley is Crouch's seventh Premier League club and a goal for them would make the 38-year-old striker only the second player to score for so many in the competition.

Craig Bellamy is the only player to have achieved the feat so far, scoring for Coventry City, Newcastle United, Blackburn Rovers, Liverpool, Manchester City, West Ham United and Cardiff City in a career that spanned 15 seasons.

"I know I can impact games at this level," Crouch told Burnley's official website after signing in a deal to the end of the season.

"I scored goals last season in the Premier League and I know I will do the same again if given the opportunity this year."

While at Turf Moor, he can improve two of his competition records he has set and could threaten others.

He leads the way with the most headed goals of any PL player, scoring 53. He has also made the most appearances in the competition as a substitute, 152.

A goal from the bench for Burnley would also be his 17th in the competition, putting him joint third behind the 20 of Olivier Giroud and 24 scored as a substitute by Jermain Defoe.

And at the age of 38 years and one day when signing for Burnley, he could also enter the top 10 for the oldest players to score in the competition.

He may get his chance when Burnley take on one of his former sides, Southampton, at Turf Moor on Saturday afternoon.