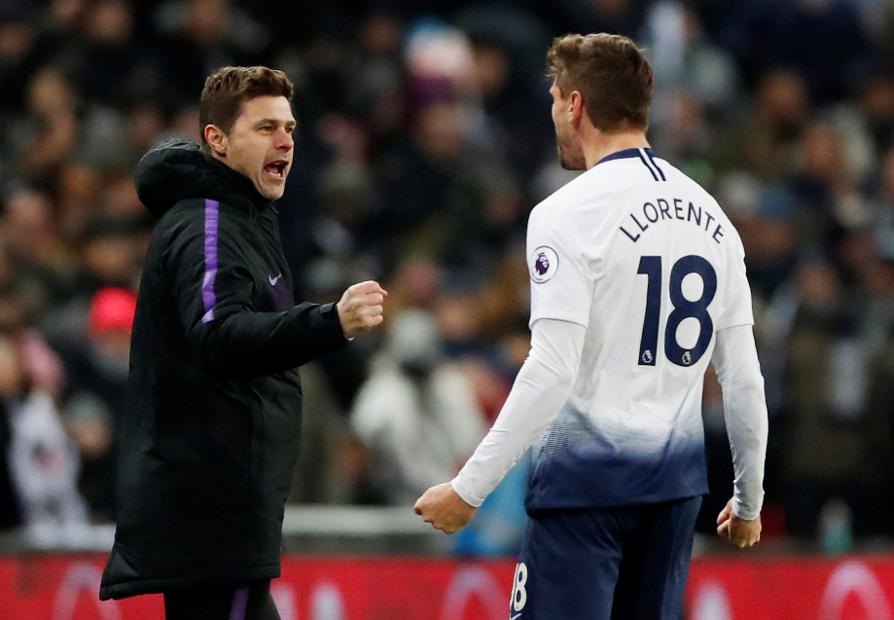 Tottenham Hotspur scored twice in the last 10 minutes to beat Watford 2-1 on Wednesday and in doing so hit a Premier League high.

Read how Fernando Llorente lifted Spurs to heights not achieved for 19 years, plus a standout fact from each of the midweek matches.

Against Cardiff, Mesut Ozil created his 500th goalscoring chance in the PL, and his total of 501 is second only to Christian Eriksen's 510 since his debut in September 2013.

Glenn Murray opened the scoring in a PL match for the sixth time this season. Only Mohamed Salah, in nine matches, has done more.

Richarlison has scored 11 goals in all competitions for Everton this season, the same tally as the club's top goalscorer in 2017/18, Wayne Rooney.

Joao Moutinho, left, has provided two assists in back-to-back PL matches after recording only two in his first 22 appearances.

Manchester United came from two goals down to draw at home to Burnley for the second time in as many Old Trafford meetings.

Sergio Aguero's goal after 24 seconds was the quickest PL goal this season and the fastest Manchester City have scored since Jesus Navas's after 13 seconds v Spurs in November 2013.

This is only the second time in PL history that Chelsea have lost a match by a four-goal margin, after being beaten 5-1 by Liverpool in September 1996.

All four of Crystal Palace winger Wilfried Zaha’s Premier League goals this season have been away from home. It’s the highest number of goals scored by a player not to have scored at home this term.

Liverpool failed to win at Anfield for only the second time in the Premier League this season (W9 D2), having also drawn against Man City in October 2018.

Spurs have scored 13 headed PL goals in 2018/19, their most in a single top-flight season since 1999/00, when they produced 16 under George Graham's management.