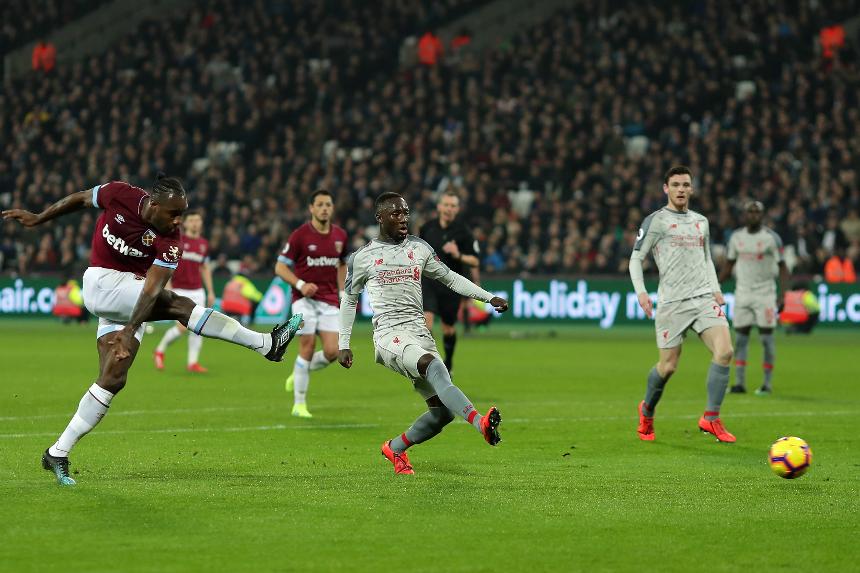 Michail Antonio ensured Liverpool's Premier League lead was stretched to three points, rather than five, as he struck the equaliser for West Ham United in an eventful 1-1 draw at London Stadium.

Chicharito and Aaron Cresswell both went close for the hosts before Liverpool took a 22nd-minute lead, Sadio Mane finishing coolly after good work by Adam Lallana and James Milner.

West Ham pegged the visitors back six minutes later as a clever free-kick routine released Antonio to fire an angled shot in off the far post.

Liverpool substitute Divock Origi then fired straight at Lukasz Fabianski with the last kick of the match.

The draw takes Liverpool up to 62 points, three clear of Manchester City, who will go top with a win at Everton on Wednesday night.

West Ham are 12th, level with Leicester City on 32 points.