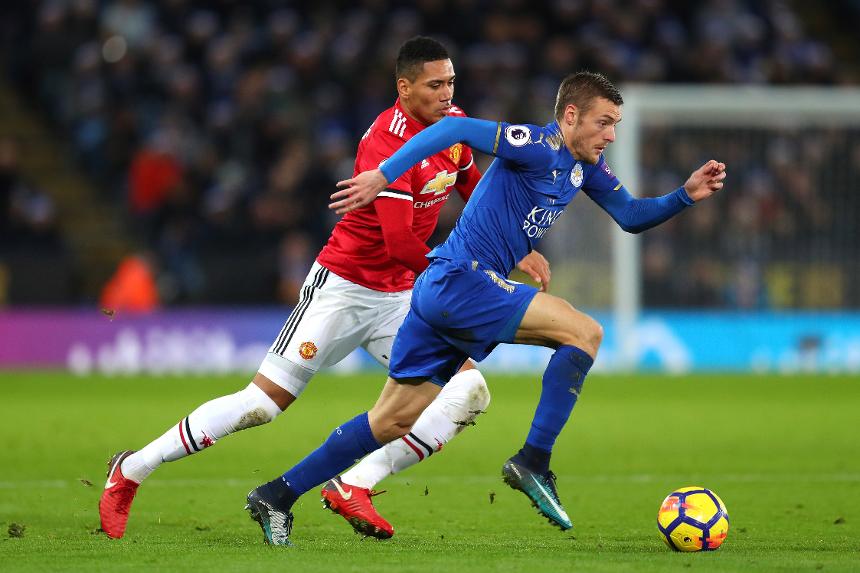 Leicester City are looking to build on their draw at Anfield in midweek, while Man Utd hope to return to winning ways after their 2-2 draw with Burnley on Tuesday night.

Leicester could hand a debut to Youri Tielemans, after his loan move from AS Monaco, but are again without Daniel Amartey (ankle).

United hope Anthony Martial will recover from the knock in training that forced him to miss Burnley. Paul Pogba (knock) is fit but Marcos Rojo (undisclosed) is out.

Leicester have won only one of their 12 home Premier League matches against Man Utd, coming from two goals down to win 5-3 in September 2014.

The Foxes have won 13 points from losing positions, more than any other Premier League side this season.

United are looking to win five consecutive away matches in all competitions for the first time since October 2012, under Sir Alex Ferguson.

Since the start of 2014/15, no player has scored more Premier League goals against Man Utd than Jamie Vardy's four, level with Gylfi Sigurdsson and Sergio Aguero.