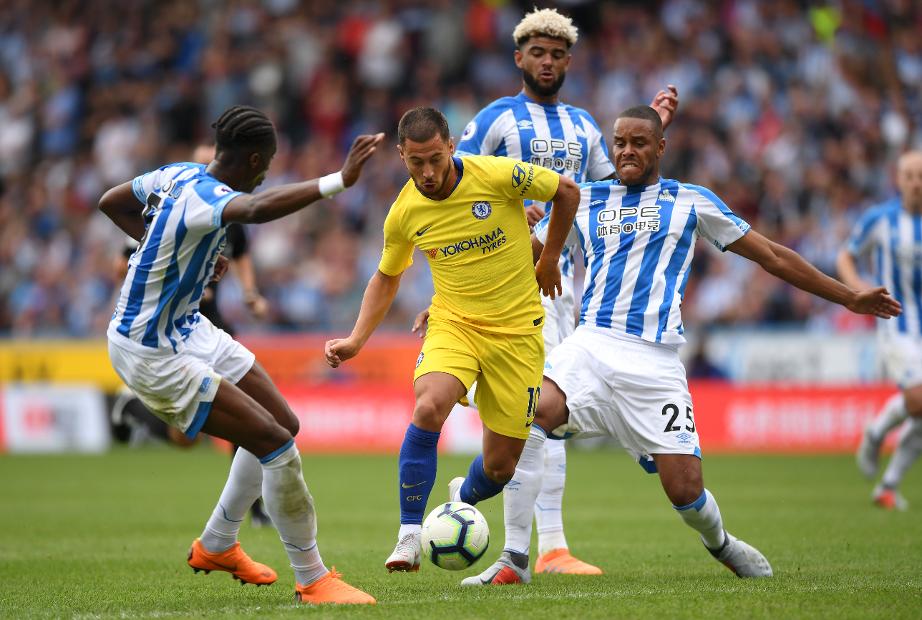 Chelsea are bidding to climb back into the top four after slipping behind London rivals Arsenal.

Huddersfield Town, who are six points adrift at the foot of the table, are looking to close the gap to 19th-placed Fulham.

Midfielder Philip Billing is fit again and could return to Jan Siewert's squad.

Chelsea are aiming to avoid a third consecutive PL defeat, having last suffered a hat-trick of losses in November 2015.

Eden Hazard has had a hand in nine goals in his last seven PL appearances against sides starting the day bottom of the table, with five strikes and four assists.

Huddersfield are seeking their first top-flight victory over Chelsea in 11 attempts (D4 L6), since a 1-0 triumph in October 1954.

Laurent Depoitre has scored both of Huddersfield’s PL goals against Chelsea, netting at the John Smith’s Stadium in December 2017 and at Stamford Bridge in May 2018.